In the history of nations, there has never been any project that can come any close to the Belt and Road Initiative (BRI) that has been conceived, championed! In reality, it is not just a single project but a colossal of land and maritime projects that spawn among more than one hundred (100) countries as of to date and comprised of two thousand and six hundred (2,600) projects! Its massive scale, after starting out from China, reaches out to Asia, Middle East, Europe, and South America, covering more than 60% of the world’s population. By some estimates, by 2027 total investment of the BRI will be about $1.2-$1.3 trillion!
Originally, it was called “One Belt-One Road Initiative” and was announced by President Xi Jinping in 2013 during his visit to Kazakhstan as his vision to reviving the ancient Silk Road. Just like in the ancient times, its initial purpose was to serve as the source for exchanging ideas, and trading goods & services between the trading partners. Most importantly, its goal was to bring prosperity, improving quality of life, providing employment, enhancing cooperation and building thriving communities all along the silkroad travels.
Since its inception in 2013, it has been revised few times and is now called “Belt and Road Initiative” (BRI). With every revision, its scope has been expanded further and now it includes the land routes (highways & railroads) as well as the maritime channels, bridges, seaports, high speed rails, airports, dams, pipelines and many more things. Currently, the BRI stretches all the way from China, and after going through its central Asian neighbors, it reaches out to the Middle East, Europe, Africa, Americas and beyond. The BRI is an OPEN ended initiative where anyone can join at any time, without any prerequisite conditions. 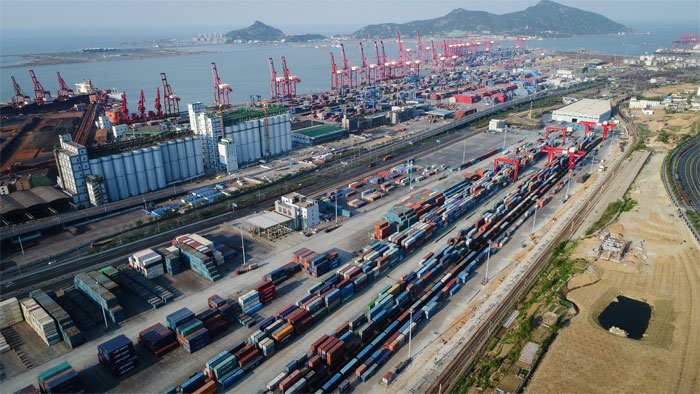 Pakistan is one of the initial members of the BRI and its China Pakistan Economic Corridor (CPEC) has been identified as its “Crown Jewel” and the Gwadar port (GP) as the “Hallmark” and the strategic game changer for connecting the land routes with the maritime trade & commerce for its members.
The BRI funding provided an opportunity for the investment starved nations of any size and status to have an easy capital access without any prerequisite conditions. And it created a race for building infrastructures, hospitals, schools, seaports, airports, dams, bridges, power plants, etc. all across the BRI members. This Chinese approach of the financing and loans was termed by the western media and its think tanks as the “soft power” and it created concerns to the US and the EU, alike. They started referring this type of financing as the “debt trap”.
Historically speaking, global trade & commerce seeds were actually planted in the late 70s by Mr. Deng Xiaoping. In December 1978, as part of the structural economic reforms, he announced to pursue the “Open Door Policy” whereby foreign investments were allowed in China. This helped China to develop its niche for manufacturing inexpensive goods for the hungry global consumers. Later in December 11, 2001 China joined the WTO and soon became the dominant player in the global trade & commerce by importing raw materials from around the world and exporting finished goods all across the oceans. As the trade and the exports of its finished goods increased significantly, so did the raw material imports from Africa and South Central America. To transport the massive amounts of the raw materials from these nations back home, it needed reliable infrastructure which was nonexistence in many of these nations. And this challenge transformed into an opportunity for building the infrastructure in those nations in order to have a sustainable supply chain.
After its entry into the WTO, China further reinforced its position in the global trade and became the champion of the globalization. By now, its products (made in China) can be found not only in the developing countries but also equally adorned by the consumers of the advanced economies, like the USA and Europe. This loving trend of the low cost consumer items by citizens of every nation created huge trade imbalances and deficits all across the economies, particularly with the USA and the Europe. The accumulation of the last two decades’ trade imbalances was a great surprise to the policymakers and the politicians alike on both sides of the Atlantic. And this was the beginning of the trade barriers building and imposing tariffs against each other by the trading partners (USA, China, EU, Canada, etc.).
To counter the BRI, during the last G7 leaders’ summit in the UK, its members under the US leadership launched their own version of the global infrastructure Marshall plan, called the “B3W”. It stands for Built Back Better World. To date, it does not have any details how it is going to be structured, financed and executed.
According to the World Bank’s own analysis, the BRI could uplift up to seven (7) million people out of the absolute poverty and potentially increase about 6.2 percent of the global trade! This statement by the World Bank, eloquently speaks about the benefits of the BRI and its longer lasting impacts on the world economy. It will be a continued source for the poverty reduction, and transformation of a prosper and vibrant society where aspirations for quality of life will be an achievable dream for every citizen of the planet. Thus, the BRI that started out as a vision by President Xi Jinping is not only limited to trade and commerce but also to improve quality of life all across its members and beyond. In other words, the BRI will not only be a source of projects funding with no political strings attached but will always be viewed as the North Star in the galaxies of the nations!

Pakistan needs to be more vigilant regarding climate change

Women who work in informal economy

Pakistan and the IMF

CPEC as a game changer