This year marks the 100th anniversary of the founding of the Communist Party of China (CPC). Over the past century, the Party has united and led the Chinese people in the battle against poverty with unwavering faith and will.
Since the 18th CPC National Congress in 2012, the Party Central Committee, with General Secretary Xi Jinping as the core, has fought a decisive battle against poverty that is unprecedented in scale and intensity, and has benefited the largest number of people in human history.
At a grand gathering held on February 25 earlier this year, to mark China’s achievements in poverty alleviation and to honor its model fighters against poverty, General Secretary Xi Jinping solemnly declared: “Victory in the battle against poverty is complete, and China completed the arduous task of eliminating extreme poverty.”
China is home to nearly one-fifth of the world’s population. Its complete eradication of extreme poverty – the first target of the UN 2030 Agenda for Sustainable Development – 10 years ahead of schedule, is a milestone in the history of the Chinese nation and the history of humankind, making an important contribution to the cause of global poverty alleviation.
Poverty is not predestined, nor is it unconquerable. China’s experience in poverty alleviation indicates that courage, vision, sense of responsibility, and the eagerness to take on challenges are the most essential. With strong will and determination, as well as practical action, one can make steady progress towards overcoming poverty and realizing common prosperity.
President Xi Jinping has declared “complete victory” in his government’s effort to eradicate rural poverty, lifting the income of nearly 100 million people over the past eight years.
Over the last eight years, an estimated 98.99 million people in the countryside have been lifted out of extreme poverty, according to officials. All of China’s 832 impoverished counties and 128,000 of its villages have also been removed from the poverty list.
Since the launch of the reform and opening up in the late 1970s, 770 million poor rural residents have overcome privation based on China’s current poverty line.
Beijing defines poverty as income levels at or below the rural poverty line of 4,000 Chinese yuan ($619) or less per year, up from 2,625 yuan ($406) in 2012, according to the official Xinhua News Agency. In comparison, the World Bank poverty line is pegged at $693.5. China also said that it has contributed more than 70 percent of global poverty reduction over the same period.
In a recent policy pronouncement, China pledged to stick with its poverty alleviation policies, while making some adjustments for a five-year transition towards what Beijing calls “rural revitalization”.
Poverty is a chronic affliction of human society and a common challenge faced by the whole world. Poverty and its associated problems, including hunger, diseases, and social conflicts, are serious impediments to people’s pursuit of a better life, so the eradication of poverty has always been a wish to be fulfilled. The history of humankind is the history of relentless struggle against poverty.
China is the world’s largest developing country, with a population of 1.4 billion. In addition to its weak foundations and unbalanced development, the nation had long been plagued by poverty at a scale and a level of severity that has rarely been seen anywhere else in the world. As a result, the challenge of poverty alleviation in China almost defies imagination. 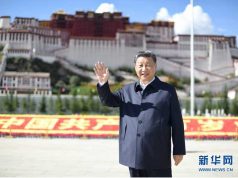 Muslims’ three encounters with the West