KARACHI: Tolga Ucak, Consul General of Turkey has said that perhaps one of the most revolutionary turning points for Turkey’s political history is the failed coup attempt of July 2016. This was stated by him while addressing a Press conference on the occasion of third anniversary of Democratic Victory Day in Turkey, here Saturday.
Tolga said Turkish nation set a great example of democracy and national unity on the night of deadliest coup attack. He said the Turkish nation will always remember and cherish the memory of the great sacrifice of Turkish civilian and armed officials who embraced martyrdom that night.
“On the night of July 15th, 2016, the Turkish nation prevented elements of the “Fetullah Terrorist Organization” infiltrated in many state organs – including the armed forces”, said Tolga. “This was the worst terror attack that the Republic of Turkey had to ever face.” he said. 249 citizens were martyred and thousands were wounded that night. He said, Turkish nation believes on democracy and the constitution. The government is taking measures to curb such elements who tried to destroy the entire democratic system.
The brave crowd of civilians together with loyalist police and soldiers who fought the coup in a matter of mere hours will always be remembered. He said. They stood their ground against air bombardments and tank fire. The government was soon declared victorious as enemies surrendered at the Bosphorus Bridge in Istanbul.
Tolga Ucak also showed different documentaries about the failed coup attempt and celebrations of victory of democracy after the failed attempt against the democracy.
However, in the end, we agreed that the attempt was one of the most deadly one and that the civilians and people who lost their lives in the events were immensely courageous. 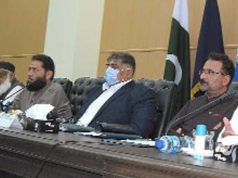 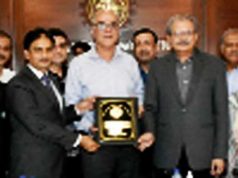