KARACHI: Pakistani rupee continued its winning streak against the US dollar for the third straight day in the interbank on Friday and made a recovery of 17 paisas (+0.11 percent).
According to the State Bank of Pakistan, the US dollar opened at Rs153.62 and closed at Rs153.45. Within the open market, rupee was traded at 153.50/154.50 per dollar.
The rupee has gained Rs0.42 against the greenback during this week, while it has gained Rs14.60 against the greenback in fiscal year 2020-21 and appreciation has been Rs6.39 in the current year.
Currency experts said that the rupee made further recovery despite demand for dollars remaining high due to import and corporate payments. They said that the rupee is likely to maintain its recovery against the greenback owing to strong external position on the back of current account surplus, improved workers’ remittances and export receipts.
Meanwhile, the foreign exchange reserves held by the country stand at $23.52 billion by week ended April 23, 2021, State Bank of Pakistan (SBP) said. The reserves held by the central bank stand at $16.428 billion while reserves held by commercial banks stand at $7.092 billion. – TLTP 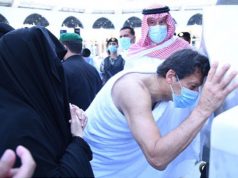 All impediments in way of FDI to be removed: PM