KARACHI: Granting immunity from Section 111 of Income Tax Ordinance, 2001 is an amnesty, senior tax officials at Federal Board of Revenue (FBR) said. This section of the ordinance deals with unexplained income or assets. This section is powerful tool against concealed or black money.

This was made part to the ordinance as deterrence against tax evasion. However, respective governments frequently granted immunity from this section to classes of persons to whiten their ill-gotten money at the cost of genuine taxpayers.

PTI’s ruling government, which was very vocal against amnesty schemes and its chairman and sitting Prime Minister Imran Khan in the past on many occasion vowed to tighten noose around tax evaders instead giving such amnesties.

In contrast the PTI government in its less than two years granted a general amnesty in 2019 and now is going to grant blanked amnesty to construction sector despite realizing it was parking lot for black money.

It is lamentable the ministry of finance late last month issued Medium Term Budget Strategy Paper for year 2020-2023 in which it is clearly written: “Amnesty schemes will no longer be offered, and exemptions will be curtailed.”

Prime Minister Imran Khan on April 03, 2020 announced a package for construction industry and said: “those investing in the construction sector during the year 2020, would not be asked any queries about the source of their income.”

Prior to Finance Act, 2019, persons involved in certain transactions were not required to pay tax on their actual income. Instead, the tax collected or deducted on such transactions was treated as their final tax liability.

“Since the tax deducted was final tax, therefore, such persons were not subjected to detailed scrutiny through audit,” according to Income Tax Circular 09 of 2019. 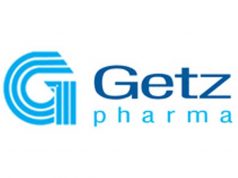