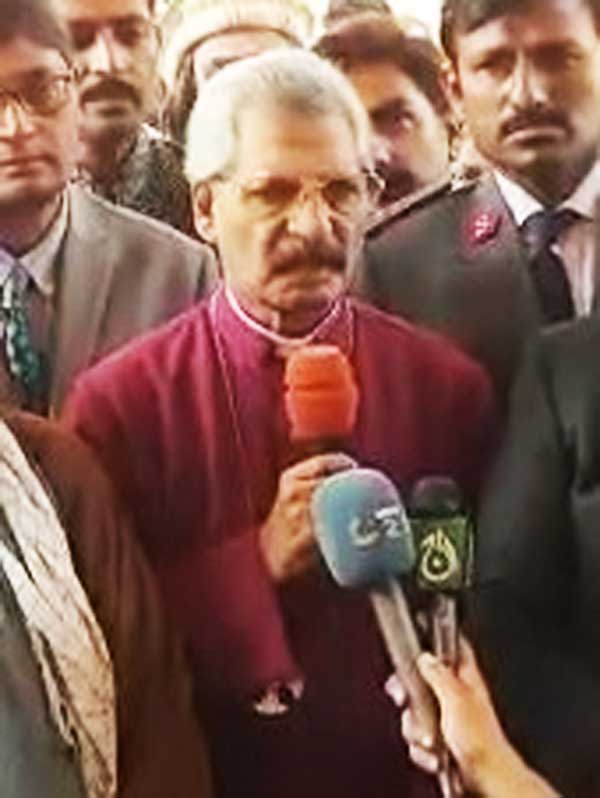 KARACHI: Bishop of Pakistan, Bishop Sadiq Daniel admires the unbiased gesture of Indian top court following controversial statement row by BJP’s former spokesperson Nupur Sharma.
Bishop says’ it’s very unfortunate and astonishing that Modi’s government is still standing and supporting directly or indirectly with the people who openly committed blasphemy on Live TV show. Now the Indian top court has taken a very positive and natural stand and given the guidance as per demand of the judiciary office.
Bishop said, it’s common sense that who is the instigator of the whole situation which resulted in the reaction of beheading in the society and FIR being lodged who are protesting against this act. It doesn’t make sense to arrest the protesters instead of resolving the situation. To me it negates the status of secular state of India.
“Those radical mindsets who deliberately injects temptation in the society to gain their satanic and unconstitutional interests they should be taken to task and throw them behind the bars.
“I strongly support the gesture of the top Indian court and would like to bring on record that all such elements who are the cause of developing the temptation to draw attention of the people to commit crimes, should be punished. I propose to the international law & policy making institutions to look in to and if possibly should be practiced in the courts as international law”, the Bishop of Pakistan tells concluded.