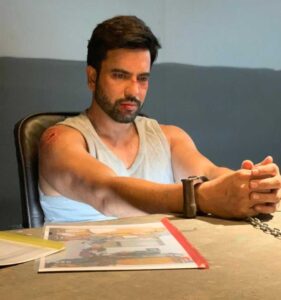 The ace actor and musician, Junaid Khan, has just released a new solo single, ‘Taqdeer’ after a hiatus of 7 years.
The song titled ‘Taqdeer’ is the singer’s first solo release after the single ‘Koi RokeyMujhe’ seven years ago, which has been composed & written by Junaid Khan himself, with the music produced by Sarmad Ghafoor. The music video has been directed by As-haar Azmat, who has also made an appearance in the video along with Shareen Iftikhar, Talat Butt and Junaid Khan.
“What I’m about to present to the world isnt just a song but an ocean of emotions – as I come back to my music to highlight domestic violence which is so rampant in our society.” commented Junaid Khan. “Taqdeer is dedicated to everyone who is or has been a victim, with my belief that with bad comes good and with suffering comes ease.” Khan further elaborates.
Junaid Khan took a small hiatus from his music to focus on his acting career, and can currently be seen on air in 7th Sky Entertainment’s magnum opus Khuda Aur Mohabbat 3 on Geo Entertainment.
Taqdeer is out now on all major platforms and the video was exclusively released on Junaid’s Youtube channel. 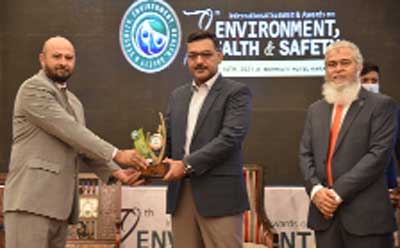 Byco Petroleum Pakistan Limited, Pakistan’s largest oil refining company, has won two awards in the categories of ‘The Foundations of Process Safety’ and ‘Oil Spill Management’ at the prestigious 7th International Awards on Environment, Health & Safety 2021.
The awards were received by Mushtaq Ahmad Khokhar, General Manager Production, Byco Petroleum and Kaleem Ishaque, Senior Manager- SPM Operations, Byco Petroleum at a grand ceremony held at a local hotel in Karachi.
Azfar Saeed Baig, Vice President Information, Byco Petroleum, commented on the occasion and said that, “Byco being bestowed with these awards is a true testament to the commitment and effort that goes into its adherence to a world-class safety culture. Safety is embedded into the very DNA of Byco and it has and will always remain one of our core values. We applaud our EHS and OSR teams for setting a high standard which has manifested in these awards.”
Byco maintains the highest standards of Health, Safety, and Environment (HSE) in its day-to-day operations and will continue to make considerable strides in HSE compliance through rigorous commitment and enablement in terms of global standards adoption in the years to come. 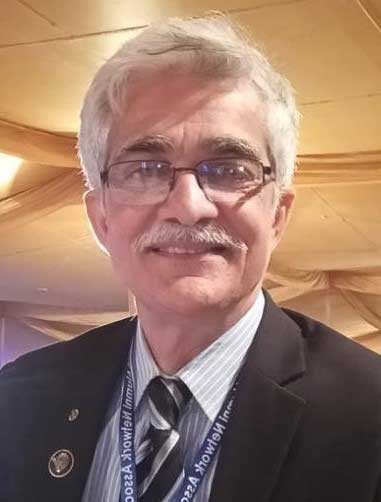 MKP Corporate Group has appointed Junaid Hamid as the first President of “MKP Corporate Group” Karachi Chapter for the year 2021-22.
Syed Sohail Ahmed Hashmi President MKP Corporate Group said in his appointment message that the newly elected President Junaid Hamid should showcase his talents by fulfilling his responsibilities and set high-quality guidelines for future presidents.
MKP’s newly appointed President of Karachi Chapter Junaid Hamid by profession he is E&P Industry in Construction Contract, Resources Management, and Contract Cost Administration.
He has 38 years of experience. He has supervised works on housing structures, offices, and residential complexes, building structures, roadways, access-ways, bridges, foundations, and mass concreting works.
He as a leader of the team, well versed in all types of planning and control activities in the multi-discipline project environment, with good skills.
An ardent art collector and curator and a well-known figure in Art circles. He is CEO & Curator -ArtKaam, ArtOne62 and ArtRegent Galleries.