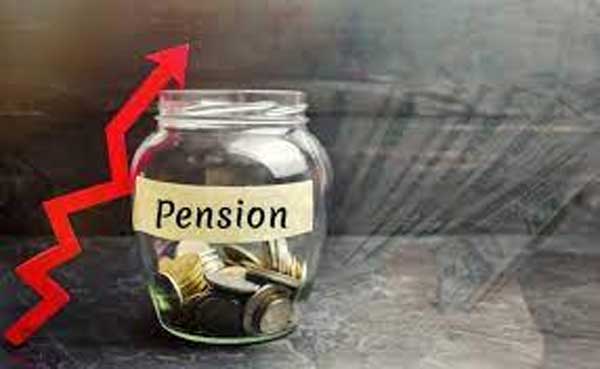 ISLAMABAD: The federal government on Thursday notified the grant of 10 percent increase in pension and salaries of all government pensioners and employees with effect from July 01, 2021.
The Finance Ministry said that the president has sanctioned an increase at 10 percent of net pension with effect from July 01, 2021 until further orders to all civil pensioners of the federal government including civilians paid from defence estimates as well as retired armed forces personnel and civil armed forces personnel. The ministry said that the previous increase in pension would be admissible to the new pensioners who would retire on or after July 01, 2021.
In another notification, it said that the president has been pleased to sanction with effect from July 01, 2021 and till further orders, an ad hoc relief allowance 2021 at 10 percent of basic pay to all the federal government employees i.e. armed forces personnel, civil armed forces and civil employees of the federal government as well as the civilians paid from defence estimates including contingent paid staff and contract employees employed against civil posts in basic pay scales on standard terms and conditions of contract appointment.
The amount of ad hoc relief allowance 2021 will be subject to income tax and admissible during leave and the entire period of LPR except during extra ordinary leave. The increase will not be treated as part of emoluments for the purpose of calculation of pension/gratuity and recovery of house rent. It will not be admissible to the employees during the tenure of their posting/deputation abroad; and will be admissible to the employees on their repatriation from posting/deputation abroad at the rate and amount which would have been admissible to them had they not been posted abroad.
The finance ministry said that the term ‘basic pay’ for the purpose of ad hoc relief allowance 2021 will also include the amount of the personal pay granted on account of annual increment(s) beyond the maximum of the existing pay scales. – TLTP

Re continues setting new low against US dollar

Petrol price up by Rs.4.26 per litre from today