The Palestinian-Israeli conflict is essentially a modern conflict originating in the 20th century. However, the roots of the conflict – involving competing historical claims to the same stretch of land – go back thousands of years.
Meanwhile, the land, which the Romans now named ‘Palaestina,’ or ‘Palestine’ in its English form, was inhabited by small groups of Jews, who had gradually returned to the area, along with other local peoples and some colonists brought in by the Romans. In the 7th century AD, Palestine came under the control of Arabs, who introduced into the region the Arabic language (a Semitic language related to Hebrew) and the religion of Islam, (a monotheistic religion related to Judaism and Christianity). Although there remained a Jewish minority in the area, comprising less than 10% of the total population, from the 7th century to the mid-20th century, the majority of the inhabitants were Arabic-speaking Palestinians.
Most Palestinians are Muslims, but there is also a significant number of Palestinian Christians. Jews, Christians, and Muslims lived together relatively peacefully during the centuries that Palestine was part of the Ottoman Empire (1517-1918). However, the situation has changed over the course of the last century.
As with so many modern-day conflicts, the struggle between Jews and Palestinians developed as a product of modern nationalism, which spread throughout Europe – and eventually into the Middle East – during the 19th century. Nationalism can be a unifying force, bringing together people of all different social classes and even joining inhabitants of different countries or empires on the basis of a common language, culture, and religion. However, it can also be a disruptive force, calling for the destruction of multi-national empires and leading to discrimination against ethnic or religious minorities.
European, particularly British, policies during World War-I played a major role in bringing about a conflict between Jews and Arabs in the Middle East. Because the Ottoman Empire (of which Palestine was a part) was allied with Germany and Austria against Great Britain and its allies, the British entered into negotiations with an Arab leader planning a revolt against the Ottoman Empire. During these discussions in 1915, the British promised the Arabs an independent state after the war.
Though the boundaries of the proposed state were never formally settled, Arab leaders believed that their people would be united in one large country, which would, of course, include Palestine. In the meantime, the Western powers had other ideas, secretly signing an agreement to divide most of the area into French and British-controlled ‘mandates.’ To make matters more complicated, the British courted international Jewish support by issuing the Balfour Declaration, which supported the concept of a Jewish homeland in Palestine. In essence, control of Palestine was promised to three different groups: the Arabs, British, and Jews! Thus, when the war ended and the British took charge of the Palestinian Mandate, both Arabs and Jews felt that the British had broken their promises to them.
The situation deteriorated in the immediate aftermath of World War-II. Survivors of the Holocaust swelled the number of Jewish immigrants to the region, and the Allied victors, horrified by the revelation of large-scale genocide in Europe, were reluctant to stop them. As violence between Jews and Arabs grew, the British declared its Mandate over Palestine to be unworkable, turning control of the area over to the United Nations.
U.N. Resolution 181 divided Palestine in two: giving 55% of the land to the Jews and 45% to the Palestinians, while putting the city of Jerusalem under a separate international authority. The Jews accepted the proposal and proclaimed the creation of the state of Israel in May 1948; the Palestinians rejected the loss of their territory. Fighting broke out in which neighboring Arab countries supported the Palestinians.
Israeli forces were victorious. (Israelis call this war “The War of Independence;” Palestinians call it “The Catastrophe.”) As a result of its victory, Israel increased its territory by 30%, and more than 700,000 Palestinian refugees fled or were driven from their homes. Many ended up in refugee camps in Lebanon, Jordan, or other areas, camps that were to become permanent places of residence. In the meantime, an additional 900,000 Jews moved to Israel over the next several years. Thus, in the first half of the 20th century, the population and balance of political power in the area underwent dramatic changes.
The propaganda and language of hate. Both Palestinians and Jews are split among moderates and extremists, and extremists on both sides portray the other side as less than human. On the surface, the problem of words seems less pressing than problems of hostile soldiers, suicide bombers, or refugees. Yet, in reality, the underlying fear and hatred promoted by extremists on both sides make it difficult to achieve the mutual respect necessary to compromise.
There are two possible solutions to the Palestinian-Israeli crisis. Either one would involve considerable compromises on both sides.
The “one-state solution” would be for the land of Israel and the Palestinian territories that it currently occupies to be joined in one country. The problem for Israelis is that the state would no longer be a Jewish state but one that includes an equal number of Palestinian Christians and Muslims. The problem for Palestinians would be making sure they would have full rights of citizenship.
The “two-state solution” would be to have a country of Israel alongside a country of Palestine (comprised of the West Bank and Gaza). This solution would involve either a division of Jerusalem, a joint Israeli-Palestinian control of the city, or recognition of Jerusalem as an open, international city.
The two-state solution would mean that both sides would have to give up their aspirations of controlling the entire area. Israel would have to give up its control of the occupied territories and would have to withdraw all the settlers from areas that they have colonized since 1967. The Palestinians would have to recognize Israel, thus giving up their claims to territories granted to Israel by the United Nations in 1948 and probably to those taken between 1948 and 1967.

Survival kit for a sinking society 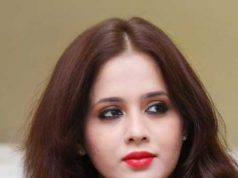 The architecture of relationship