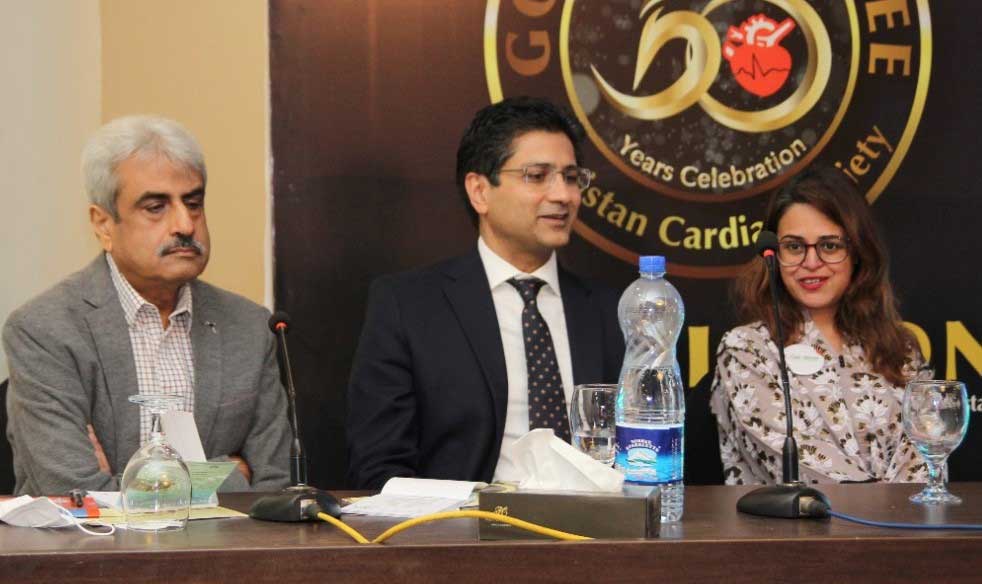 KARACHI: Getz Pharma Pvt. Ltd., in partnership with Tabba Heart Institute, announced the launch of Pakistan Study of Premature Coronary Atherosclerosis in Young Adults (PAK-SEHAT)
Cardiovascular diseases continue to have a significant impact across the world among different populations. To address the issue of the rising health burden of ASCVD in Pakistan, Getz Pharma Pvt. Ltd and Tabba Heart Institute (THI) formally launched PAK-SEHAT, says a Press release.
Cardiovascular disease (CVD) is one of the leading causes of mortality worldwide, causing approximately 32% of annual deaths. The risk of cholesterol-associated CVD varies among different ethnicities; however, the risk is four-fold in the South Asian (SA) Population compared to other races. Furthermore, almost 75% of all CVD deaths are in low and middle-income countries (LMIC), where there are finite health resources and a multitude of health-seeking barriers.
The state of heart diseases in Pakistan also reflects a concerning picture. According to the World Health Organization data published in 2018, coronary heart disease deaths in Pakistan reached 20% of total deaths, and Pakistan ranks 18 in cardiac mortality in the global ranking. Moreover, the numbers of potential CVD risk factors, including hypertension and diabetes, are also alarming in Pakistan, with 50% hypertension and 17.1% diabetes in the adult population. There is a drastic shift in CVD occurrence in young ages in the SA population, as evidenced by the ground-breaking INTERHEART study suggesting 10.6% of SA participants presented with a heart attack at <40 years of age. Therefore, this study primarily envisions screening the Pakistani individuals at a younger age to prevent increasing CVD burden in the future.
While Pakistan is the second-most populous country in South Asia, most of the data on the prevalence of ASCVD from South Asian regions is derived from India. As a result, the Pakistani Population is highly underrepresented in global research, as there is currently no comprehensive database on the native Pakistani Population to assess the likelihood of developing ASCVD. Due to this high burden of disease, there is an urgent need for primary prevention and early screening for ASCVD in Pakistan.