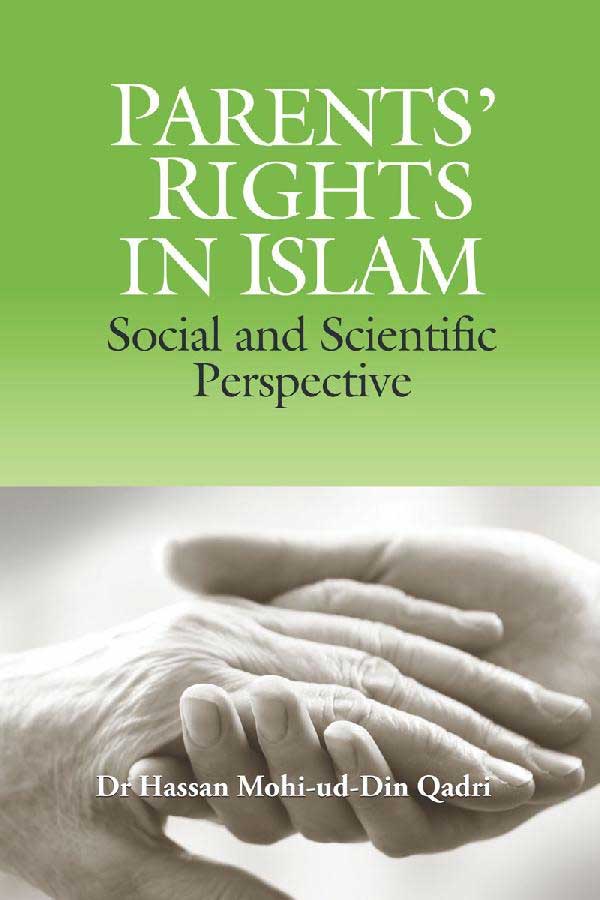 There was a time when people would believe ‘Parents are next to God’. But, as the desire for materialism grew, most of us are no longer holding this opinion. Time has changed our priorities. While on one hand, weflauntinglycelebrate days to honor parents but on the other hand, parents are not valued much in mostfamilies.Sanctity of the sacred Parent-Child relationship has become fouled in many households.
Nowadays there exists disagreement of worst kind between parent and ward.Some homes have broken due to parent-child discord. Especially old-aged people are being maltreated and are having poignant tales to narrate.Ill-fated families prefer to get rid of them by consigning them to Old-age Homes which have increased in number worldwide. The fact that Muslims are no exception to these acts makes the situation more depressing.
Scholars, writers, clerics, and activists are makingefforts to remove mistrust among youngsters and elders of the family and to safeguard the sanctitude of this pious bond. However, not-so-satisfying outcome of these efforts clamors for more and more concrete efforts. The book ‘Parents Rights in Islam (Social and scientific perspective) authored by Dr. Hassan Mohiuddin Qadri is one such endeavor in this regard.
Dr. Hassan Mohiuddin Qadri , son of noted Islamic scholar Dr. Tahirul Qadri is an intellectual of great depth. He is a prolific speaker and writer with a desire of creating a better and harmonious society. He enthusiastically campaigns for encouraging interfaith harmony, religious tolerance, and freedom. Educating youth and guiding them towards the path of Islam has been his prime objective. However, the targetaudiences of the book under consideration are not only youth but others as well. It is a simple but significant work to outreach the common masses.
As is evident from the name, the book focuses on the rights of parentsin the light of Islam. But, blending religious with socio-scientific perspective makes a book remarkable.
The book starts with Allah’s commandments about the status of Parents.Different verses of the Holy Quran have been mentioned and discussed. The way author has interpreted and simplified them describes his caliber as a scholar.Emphasis has been laid on each word of the verse to make things clearer to the reader.
Quranic commandments are followed by Hadith – Prophetic teachings dealing with Parental Rights.The author explains the cardinal virtues of Parents according to the traditions of Prophet Muhammad (SAAW). Like Quranic verses, the traditions have also been elucidatedso that readers can have a full and firm understanding.
Author does not restrict his point to Islam and Muslims. He writes about the status of non-muslim parents and talks about rulings of Islamic Scholars regardingthe children having non-muslim parents. Dr. Qadri presents the viewpoint ofTorah (book revealed to MusaA.S.) and Bible (revealed to IsaA.S.) about the people, discourteous to parents.
Book is a guide not only for children but also for the parents.The responsibilities of the parents in raising the child have also been explained at length.The author attaches considerable importance to parental behavior and its effect on a child’s social and genealogical aspects.How children should be treated and nurtured, the effect of family environment on the child constitute some other topics of the book.
Role of mother in growth and development of child finds a separate mention in the book.Author acquaints the reader about mother’s status through Quranic verses and traditions. Towards the end, the author tells us about Uwais-i-Qarni, his obedience to his mother, and the eminence he attained by serving his mother. All this opensthe reader’s eyes to the reality that ‘parents are one of the greatest blessings of Allah’.
Book carries meaningful sayings, anecdotes, and parables relevant to the subject that help the reader to get a precise idea. Apart from this, the book gives us an idea about the psychological changes people go through with age and suggests us the ways of tackling them.
Both Quran and Hadith have been quoted in actual form i.e in Arabicwithan English translation and this adds to the credibility of the book.A footnote referencing system has been used and there is useful bibliography at the end of the book. Hence, the book is complete in every sense.
This 88-page informative and reformative book deserves a read. Parents, youngsters, students, and even public speakers can benefit from it. Parents, youngsters, and students can illuminate their minds by knowing about their respective responsibilities. And the speakers would get everything in oneplace regarding this topic besides self-correction and reformation.

Reasons behind the insurgencies

Army bashing – Not the way forward

Dr. Shamshad Akhtar the new Finance Minister of the Govt