KARACHI: Rotary Club (Karachi Platinum) launched its tree plantation programme Hara Bhara Pakistan – Green and Prosperous Pakistan – from the Consulate General of
Malaysia in Karachi, with pledge of making the country green and environment friendly especially international city of Karachi which is more exposed to increasing warming and air pollution, and dry weather, says a Press release.
Acting President of the Rotary, Muhammad Rizwan Adhia accompanied with his Rotary team and Malaysian Consul General Khairul Nazran Abd Rahman planted some saplings in the lawn of the Consulate. Deputy Managing Director, Bahria Foundation (Navy) Commodore Akbar
Naqi, Director Medicame Group Khurram Nainitalwala, prominent Architect Kafeel Hussain, were also present.
Speaking on this occasion, the Malaysian Consul General appreciated the tree plantation drive started by Rotary Club (Karachi Platinum) and described it as great job towards ensuring healthy
environment and economic prosperity by maintaining better climate in the country.
The increasing global warming had become a serious threat to most of the countries in the world. It required aggressive measures to rectify negative climatic change and save nature for the good of the human being. Malaysia had similar sentiments and the government had come up with national green technology programme spread over many projects.
“Under this programme, we have made our capital city Kaula Lumpur very green and clean,” he informed adding that Karachi also could be turned into a green city.
He said the global warming was the result of the development activities by the humans and now it is duty of them to save the nature including making correction to fast climatic change in the world.
Tees do play a great role in saving the mankind from diseases and other natural calamities, and damages to the nature, he said.
Rotary’s Acting President Muhammad Rizwan Adhia expressed happiness that Prime Minister Imran Khan had formally announced national plantation programme.
The armed forces had also committed to play active role in tree plantation in the country, he said.
He said that after making Karachi green and clean, the Rotary Club (Plantinum) would move to other areas of the country with same spirit.
Rizwan, who is also Senior Vice Chairman, of Association of Builders and Developers ABAD), said their member builders also had started constructing green buildings in the country which would have green area and help save energy.
He said the Rotary Club had talked to other important organizations in public and private sectors to become partner in its tree plantation programme.
Deputy Managing Director, Bahria Foundation, Akbar Naqi thanked the Rotary Club for taking this big initiative and stamped it as a national cause.
Other members of the Rotary Club delegation included Muhammad Yaseen Nini, Najman-ul-Islam, M.Shoaib Khan, Jatin Kewlani and Khurram Nainitalwala. On the Occasion Khurram Nainitalwala, also invited Malaysian Consul General to his factory visit and tree plantation. 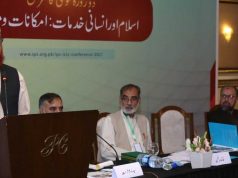 I’m an African person in our Foreign Office services: CG