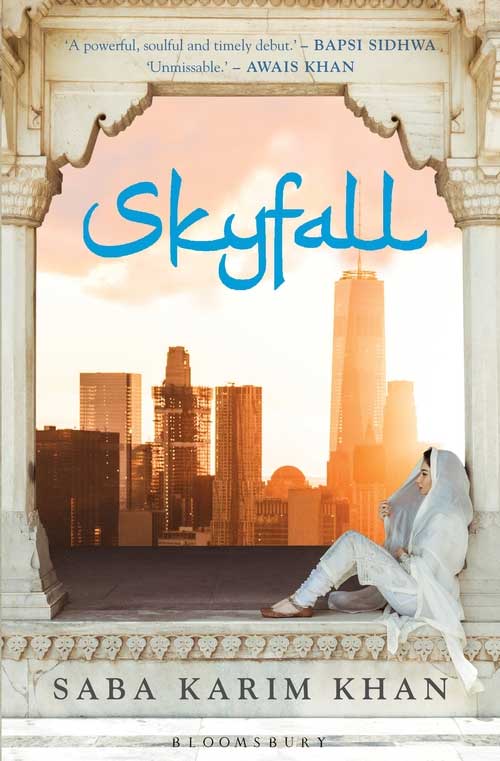 Saba Karim’s Skyfall brings moments of curiosity and fear. They are merged with instances of happiness and despondency, reflecting the characters’ dilemma that they want to get over with or a desire they aim to fulfill. The readers learn about Rania and her sister Ujala; the former pleases audience in Lahore’s popular red-light district. Their mother, Jahaan-e-Rumi, has been working in this system for years.
Rania and Ujala’s father, Sherji, meticulously monitors her wife’s earnings so he can continue to run his madrassa. To the readers, such stories can twitch the nerves. But such themes exist in some form in reality. Saba must be applauded for carving a story revealing the elements of evil and good that work at the same time.
Saba’s storytelling prowess envelopes the novel as she vividly describes life in Lahore, explains the exotic landscape of Kashmir, and narrates the concrete jungle of New York. Rania travels to these three locations and the readers travel with her. Saba delves into highlighting the visually appealing and at times daunting aspects of Lahore and New York. Her description of the Shahi Mohalla brings the readers to the middle of this historic place as they experience the life going about in its lanes and alleys.
It may be a challenge for authors to develop a character as complex as Rania. Complex because she is part of a tarnished social order yet has her aspirations deeply protected in her heart. She needs a chance to take that next step towards success – only if society accepts her as she is.
Rania meets Asher, an Indian filmmaker, who sees her inner beauty and her dream of becoming a classical singer. He compels her to enter into a competition that can change her life. Little does Rania know that her sister’s dark past will land her in trouble when she is thousands of miles away from home.
Saba has created a connection between a Pakistani girl and a Hindu boy that is refreshing to read. It takes a different path to what the reality of these two nations’ ties has to offer. However, a twist is waiting for Rania just when she thinks she is out of her life’s predicaments. What turn her life takes and what was Ujala’s secret is for the readers to find out.
Saba’s compelling dialogues have added dimensions and depth to her narrative. Apart from developing the story, her dialogues reveal her characters’ emotions and the innate desires. The dialogues are short while the narrative is crisp – the qualities that speak volumes about an author’s expression and style. Saba has the acumen to devise sentences that add value to the plot without exposing many details all at once. While the novel is a fast-paced read, Saba takes her time to reveal the characters and set a story that leads to a plausible end.
Bapsi Sidhwa endorsed the book by terming it as “a powerful, soulful and timely debut”. Awais Khan, author of In the Company of Strangers, said, “Part mystery and part thriller, this is essential reading for every Lahori, or every Pakistani for that matter.” According to Miguel Syjuco, author of Ilustrado, the Man Asian Prize-winning novel, “This indelible debut by Saba Karim Khan sings a song of rebellion.”

A brief history of Rekodiq

Why and how budget backfires