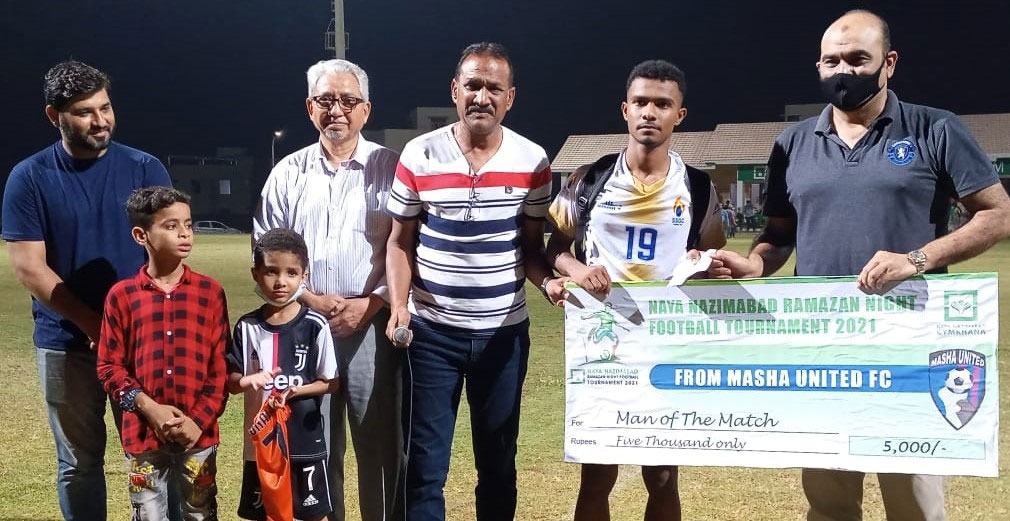 eir forwards and their defence gave no opportunity to Mahfooz eleven to score any goal.
Meanwhile, due to ban on sports activities by Sindh Government, Naya Nazimabad Ramazan night football tournament has been postponed.