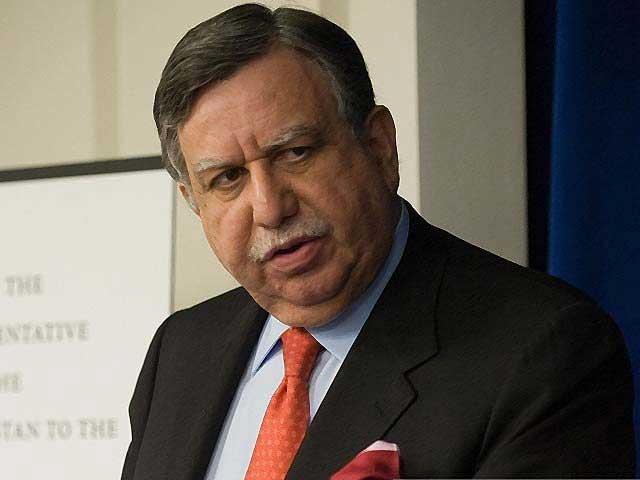 ISLAMABAD: Federal Minister for Finance and Revenue Shaukat Tarin has warned that strict action will be taken against non-taxpayers and filers who hide their taxable money.
In an interview with a private television channel, the finance minister said the Federal Board of Revenue (FBR) has been allowed to conduct a third party audit against the persons who are deliberately trying to hide their taxable money. He assured that no one would be allowed to harass the business community seeking help from the FBR for paying proper taxes.
The government has proposed in the Finance Bill 2021-22 granting fundamental and sweeping powers to the FBR, including to arrest tax evaders and those concealing their income. According to measures proposed in the Finance Bill, now all officers of Inland Revenue (IR), starting from the assistant commissioner level, can arrest a taxpayer accused of a tax offence without a complaint being filed before a special judge.
In a meeting held on Tuesday, the FBR briefed Finance Minister Tarin on its strategy to broaden the tax net. “Minster for Finance and Revenue directed to remove all hurdles in bringing the identified potential taxpayers into tax net,” an FBR tweet said.
The Senate session on Tuesday witnessed the opposition parties react strongly to the proposal of giving additional powers to the Federal Board of Revenue (FBR) and the customs in the Finance Bill 2021-22 and demanding that they be withdrawn.
PPP Senator Sherry Rehman said that the finance bill is giving the FBR the power to make arrests on suspicion of wrongdoing. “This move is worrisome and should be withdrawn,” she said, asking why 203A is coming in the finance bill.
“Why is the FBR being given too much power?” she said, terming it “mini martial law”. She said that the finance bill is being prepared to attack people’s fundamental rights. “This is a problem not only of politicians but also of the common man.”
Meanwhile, the talks between Pakistan and the International Monetary Fund (IMF) over a sixth review of the $6 billion loan programme remained inconclusive.
Finance Minister Shaukat Tarin confirmed that the talks with the Fund over the sixth economic review remained inconclusive. He said the government cannot put burden on the poor, adding talks with the International Monetary Fund (IMF) would continue.
Tarin said the Fund would again review Pakistan’s economic performance over the next two to three months in September.
Pakistan and the IMF are working to bridge their differences over quantum of new taxation measures amid the government’s willingness to increase sales tax rate on fertiliser to 10% and slap 17% tax on import of crude oil to generate Rs115 billion.
The sources said if the issues could not be settled at the level of Finance Minister Shaukat Tarin and IMF’s Mission Chief Ernesto Rigo, Prime Minister Imran Khan may talk to IMF Managing Director Christalina Georgieva this week.
The key difference between the two sides is the taxation measures that Pakistan has to take to achieve next fiscal year’s tax target of Rs5.829 trillion. Without additional taxation measures, Pakistan will reach Rs5.3 trillion and the IMF wants that the rest of the gap should be filled with additional revenue measures.
However, the government is of the view that the IMF should leave this to Pakistan whether the target will be achieved through taxation measures or administrative measures. – TLTP

Re nears 177 against dollar after three-day depreciation 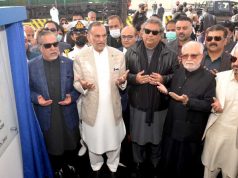 PM is set to boost business activities in country: Swati

COVID-19 vaccination certificate must for air travel from Oct 1:...

Pakistan People’s Party ready to do any needed reform: Bilawal