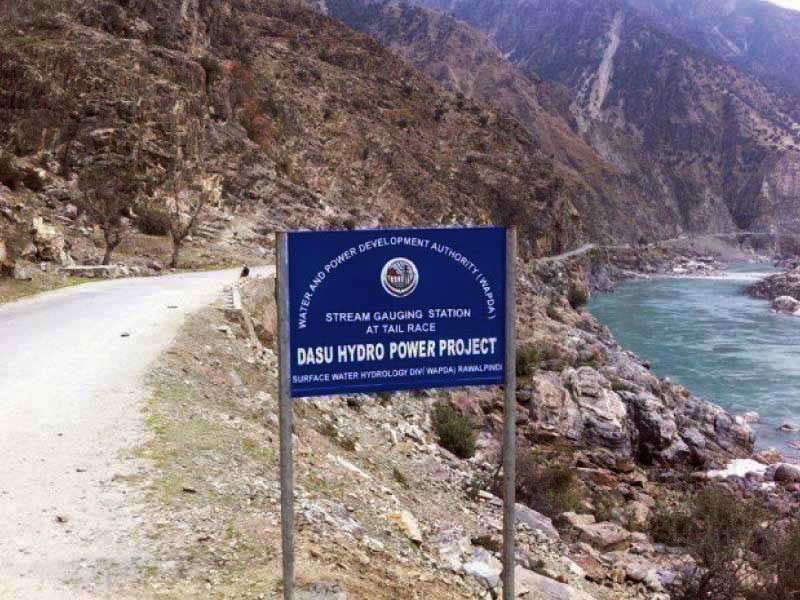 DASU: The China Gezhouba Group Corporation (CGGC), a construction company working on the Dasu Hydropower Project, has said that the construction work on the project would now resume very soon.
In a statement issued on Sunday, the company nullified its earlier notice on the termination of contract with Pakistani labour working with it. “The notification of employment contract termination published by CGGC Dasu HPP Management on July 16, 2021, has not been approved by the competent authority and is declared null and void now,” read a notice issued by the CGGC Dasu Hydropower Project.
It bears mentioning that in the wake of the Dasu bus incident, the civil administration, Water and Power Development Authority (WAPDA), and CGGC decided with mutual consultation to suspend construction work on the project for a few days so some operational aspects can be re-organsied and construction work resumes in a more secure atmosphere.
Since then, WAPDA has been in close coordination with the CGGC high-ups and it is expected that the CGGC will restart construction activities on the project in a few days.
A statement issued by WAPDA said that the Chinese company working on the Dasu project had withdrawn the notice to fire Pakistani employees. A WAPDA spokesperson said that after the incident, the civil administration, WAPDA and the Chinese company consulted on the issue, after which the construction work was suspended for a few days. The Chinese company will soon resume construction work on the Dasu project.
The spokesman said that the closure of the project was aimed at reorganising security measures, during which WAPDA remained in constant touch with the officials of the Chinese company.
According to the statement, WAPDA’s efforts were aimed at speedy resumption of construction work on the Dasu project.
Separately, Spokesperson Ministry of Foreign Affairs Zahid Hafeez Chaudhri said work on the Dasu hydropower project would resume soon as both Pakistan and China remain committed to the timely completion of the project as well as others being undertaken with Chinese cooperation.
Responding to media queries regarding the notification by the Chinese company, the spokesperson, in a statement, said: “The Chinese construction company, China Gezhouba Group Corporation (CGGC) through its latest notification has declared its earlier notice, about contract termination of employment of Pakistani personnel working on Dasu Hydropower Project, null and void.”
He further said that matters regarding security and execution of the project were being looked into, and the relevant authorities from Pakistan and China have been in close contact on the same. – TLTP

SBP set to abolish electronic import form for the PSW

SBP set to abolish electronic import form for the...

I can’t even think about hurting PML-N: Ch. Nisar

PM echoes timely completion of all CPEC projects during meeting with...