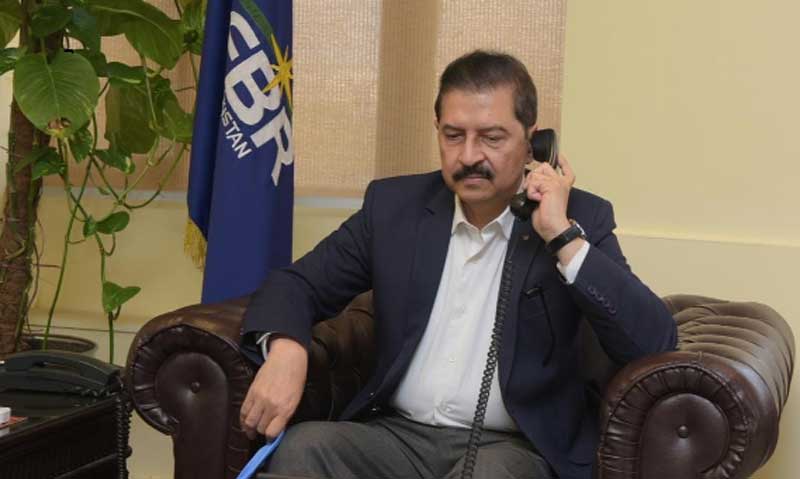 ISLAMABAD: As a sequel to e-Kutcheries held on monthly basis to comply with the directions of the Prime Minister of Pakistan, Chairman Federal Board of Revenue (FBR)/Secretary Revenue Division, Muhammad Javed Ghani held an e-Kutchery at FBR HQ on Friday to listen to the complaints and issues of taxpayers. The complainants interacted directly with the Chairman FBR.
Chairman FBR listened to the complaints of the taxpayers and issued on spot directions for resolution of complaints. Chairman FBR appreciated the suggestions put forth by the taxpayers and assured them that their comments and suggestions would be looked into. Chairman assured that FBR was taking all possible steps to facilitate the taxpayers. He also requested the taxpayers to visit their nearest RTO and Collectorate for redressal of any problem confronted by them.
Chairman FBR has already strictly instructed all the field offices to resolve all outstanding issues of taxpayers’.
Meanwhile, in line with the vision of the Prime Minister as part of its reforms agenda, FBR has placed a lot of focus on facilitation of taxpayers, reducing human interaction, simplification of tax statutes and tax filing procedures through automation, integrity management, enforcement of tax code and policy measures to boost revenue and promote exports through increase in business activity, speedy payment of refunds and drawbacks and better service delivery.
As a result of this reform process, significant improvement has been seen. FBR has exceeded the 7 month revenue target for FY 2020 – 21 by collecting Rs. 2,570 billion against the target of Rs. 2,550 billion. This target has been achieved despite the issuance of 80% more refunds in comparison with same period last FY (Rs.129 billion vs. 69 billion for last year). This has helped the business community in reducing cost of doing business and providing working capital for investment.
A dedicated portal has been created to manage taxpayer complaints and to provide feedback. Large Taxpayers Office (LTO) has been opened in Multan to facilitate large taxpayers. Moreover, taxpayer registration for Sales Tax purposes has been enabled on the system (ICT based Sales Tax survey). Simultaneously, on the Customs side, an online import duty calculator has been enabled on WeBOC for the importers / customs agents in order to find the duty / taxes without filing of Goods Declaration. The Authorized Economic Operator (AEO) Program has been launched for trusted trade partners. This is also part of the Trade Facilitation Agreement (TFA) under WTO.
FBR has designed simplified income tax returns for individuals and small & medium enterprises (with turnover less than Rs.10m). Auto-calculation and phase 1 of pre-filling of some information has been enabled for individual taxpayers. Phase 1 of automated income tax refunds has been enabled. The capability to file appeals through the system has been provided via the e-Appeals module. Automation of Sales Tax refunds via FASTER has been further improved. Similarly, the processing and payment of export duty drawbacks have also been automated.
To broaden the tax base, data from the financial services sector, telcos, utility companies, provincial revenue authorities, local development authorities, provincial excise & taxation authorities, local housing authorities, Securities & Exchange Commission, NADRA, and Federal Investigation Agency is being received and integrated to provide a full 360 degree view of all taxpayers. A dedicated portal (Maloomat TaxRay) has been launched for taxpayers to view what information FBR holds about them. Moreover, the systems used for Prosecution, Appellate, and Alternate Dispute Resolution systems have been strengthened, revitalized, and automated. Additionally, on the Customs side, the Anti-Smuggling and Confiscation of goods portal has been enabled for data collection and analysis.
FBR’s Integrity Management Mechanism has been strengthened. FBR Head Office & field formations have been restructured to improve efficiency. Customs Duty concessions and exemptions regime continues to be reviewed and simplified in collaboration with the tax policy board to further improve ease of doing business.
Another positive development has been seen in the number of duty drawback claims processed via Automated Export Duty Drawback payment system. Since its official launch in end-December (as of 15 January 2021), 74% of all claims (55,790 out of 75,345) have been automated whilst 71% of amount has been remitted.
Meanwhile, German Ambassador to Pakistan Bernhard Schlagheck called on Special Assistant to Prime Minister on Revenue Dr. Waqar Masood Khan on Friday at FBR Headquarters.
German Ambassador lauded the revenue collection performance of FBR in the first seven months of current Fiscal Year. SA to PM on Revenue briefed the Ambassador about the reform process achieved in FBR so far. He expressed the resolve of FBR to achieve the revenue target set for the current year if the economic activities continued with the same pace. German Ambassador was particularly impressed with the automation drive being introduced in tax system to facilitate the taxpayers and increase revenue. The meeting lasted for an hour. In the end SA to PM on Revenue presented shield to the German Ambassador.

Standardization: Key to success in Japan

WB to provide $5mn for rehab of flood hit schools

This month, ADB will help Pakistan with flood Support by giving...