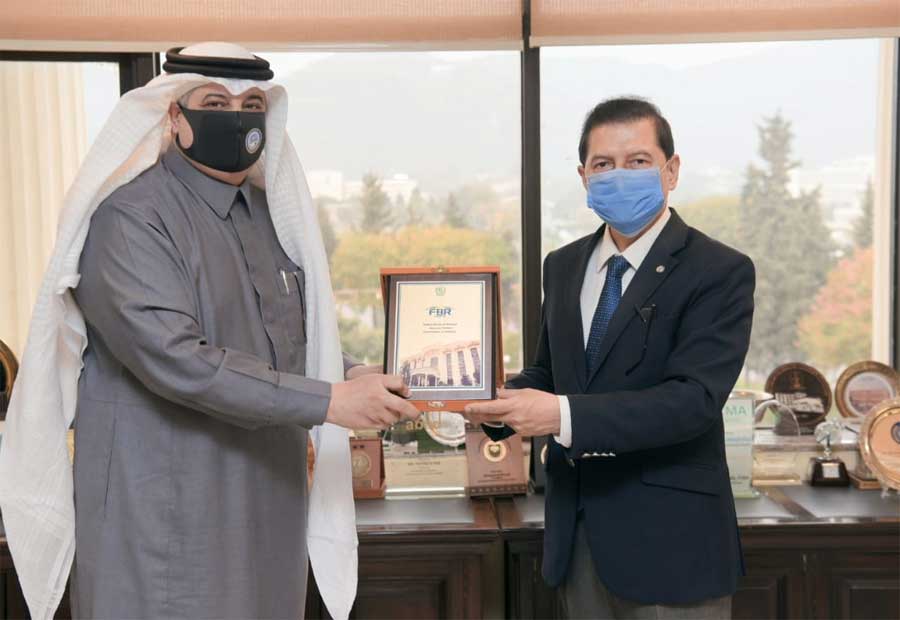 ISLAMABAD: Ambassador of Saudi Arabia in Pakistan Nawaf Saeed Al-Malikey called on Chairman FBR Muhammad Javed Ghani, here at FBR Headquarters, Saturday. Matters of mutual concern pertaining to cooperation on customs and tax were discussed during the meeting. It was agreed in the meeting that relevant departments of both countries would further promote the cooperation in the field of customs and tax and would learn from each other’s best practices which would result in increasing the trade volume between the two countries. Chairman FBR briefed the Saudi Ambassador about the recent measures taken by FBR for the mobilization of revenue and facilitation of taxpayers. Saudi Ambassador appreciated the recent performance of FBR in the first seven months of the current Financial Year and hoped that FBR would successfully achieve the revenue target set for the current year. – RK