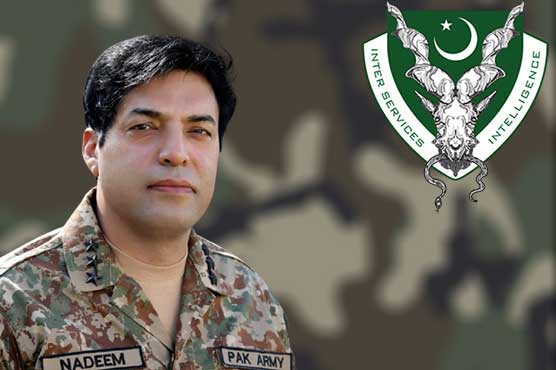 RAWALPINDI: Lieutenant General Nadeem Ahmed Anjum has been appointed as the head of the country’s premier intelligence agency, Inter-Services Intelligence (ISI), on Wednesday while Lt Gen Faiz Hameed was transferred and appointed as Commander Peshawar Corps.
According to the Inter-Services Public Relations (ISPR), Lt Gen Muhammad Aamer will now lead one of the major offensive formations of the Pakistan Army, the Gujranwala Corps, while Lt Gen Syed Asim Munir will be the new Quarter Master General (QMG) of the Pakistan Army.
Lt Gen Muhammad Saeed is the new Commander Karachi Corps and replaces Lt Gen Nadeem Anjum while Lieutenant General Nauman Mahmood has been appointed as president of the National Defence University (NDU).
Meanwhile, Major General Muhammad Asim Malik was promoted to the Lieutenant General rank and appointed Adjutant General Pakistan Army.
Lt Gen Nadeem, the new ISI head, was commissioned in the Light Anti-Tank battalion of the Punjab Regiment and has a diverse experience in command, staff and instructional assignments. He is a graduate of the Combined Arms Centre UK, Staff College Quetta, Advance Staff Course UK, NDU Islamabad, APCSS USA and Royal College of Defence Studies UK.
The officer also holds a Masters degree from King’s College London and NDU Islamabad.
The new head of ISI has substantial experience of command in conventional and sub-conventional threat environments, and has held command postings on both the western and eastern borders (Line of Control) and has served for a significant period in Balochistan. Lt Gen Nadeem has commanded an infantry brigade in South Waziristan and an infantry brigade in Kurram Agency and Hangu during Operation Zarb-e-Azb.
During the follow-on Operation Raddul Fasaad, Lt Gen Nadeem was IGFC Balochistan. In instructional roles, he has been an instructor at Pakistan Military Academy (PMA), Staff College and the NDU. He has also been the commandant of the Staff College and chief of staff of Corps 5, before assuming command of the corps. The officer is a keen runner and also enjoys playing basketball and cricket. – TLTP