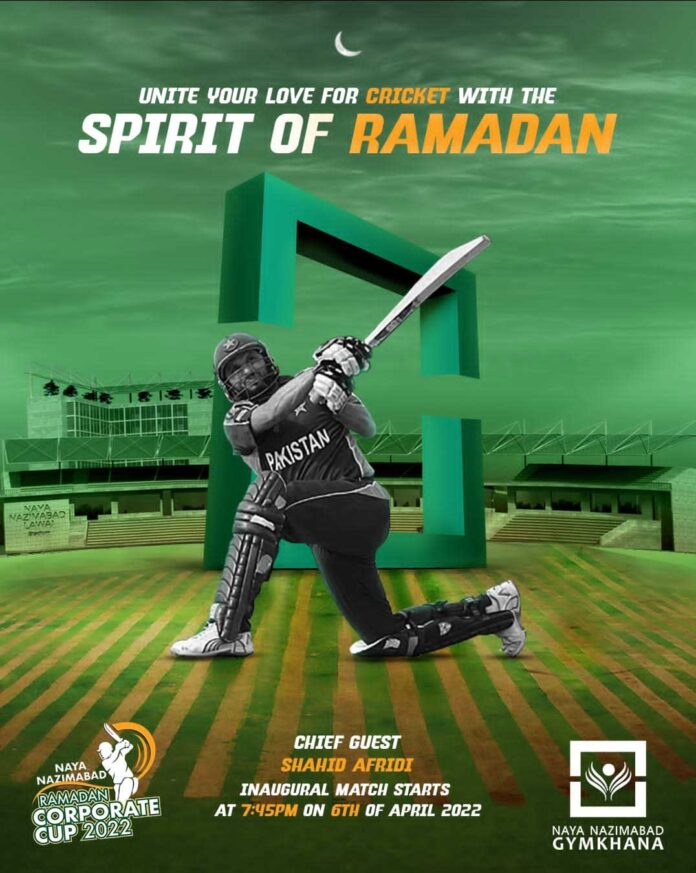 KARACHI: The Naya Nazimabad Ramadan Corporate Cup Cricket Tournament in association with Naya Nazimabad and Emba Sports will be played from April 6 at Naya Nazimabad Cricket Stadium.
Former national cricket team captain Shahid Khan Afridi will be the chief guest at the opening ceremony. Former captain Sarfraz Ahmed and other famous players of the country will be seen in action in the T20 cricket.
Twelve teams are participating in the event, which is divided into three groups. Omar Associates in Pool A, Arham Cricket Club, AZ Real Estate and Builders, Rehman Healthcare Center, Alamgir Gymkhana in Pool B, Hildos Ice Cream, Humanity Door Foundation, Mahid Sports while Ashley Falcon Associates in Pool C, SMS Marketing, Diamond Land Hub and Real Time Property teams.
The first match will be played between the teams of Hildos Ice Cream and Mahid Sports Wednesday night at 8:30 pm while in the second match the teams of Arham CC and Rehman Healthcare Center will face each other
After the singles league from each group, the two best teams will qualify for the quarter finals. The other two teams will advance to the quarter finals based on better run averages. The quarter-finals will be played on April 15 and 16. The semi-finals will be played on April 17 and final will be played on April 18.