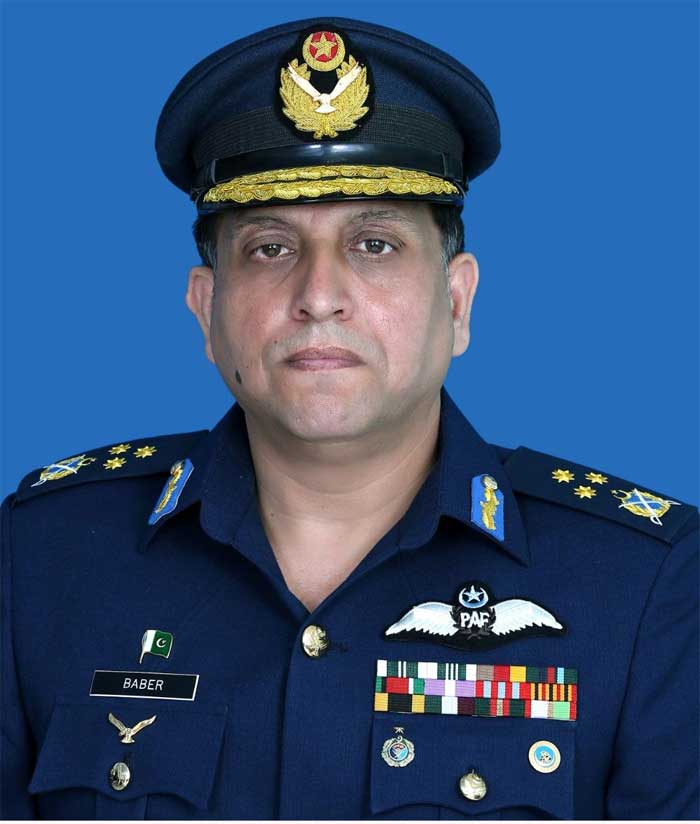 ISLAMABAD: The government on Wednesday appointed Air Marshal Zaheer Ahmad Babar Sidhu as the new Chief of the Air Staff of Pakistan Air Force (PAF).
He will take charge of his office from Friday after the retirement of incumbent PAF Chief Air Marshal Mujahid Anwar Khan.
The incoming air chief hails from Sadh village in Punjab’s Gujrat district and is presently serving as Deputy Chief of Air Staff Admin at the Air Headquarters in Islamabad.
Babar joined the GD (Pilot) branch of the PAF in 1986 as a fighter pilot. He has also served in fighter squadrons, operational airbases and regional commands. He attended Combat Commanders School, Air War College and Royal College of Defense Studies in the United Kingdom for higher studies.
He has also served as Assistant Chief of the Air Staff (Operations Research and Development), Assistant Chief of Air Staff (Training Officers) and Director General of Projects at Air Headquarters Islamabad.
Babar also served as additional secretary in the ministry of defence. He was awarded Sitara-e-Imtiaz (military) and Tamgha-e-Imtiaz (military) in recognition of his services. – TLTP