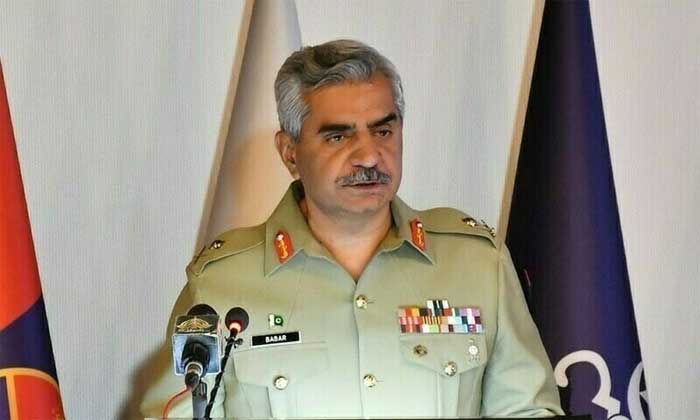 ISLAMABAD: The military on Tuesday requested the government to set up a high-level commission to investigate the killing of renowned journalist Arshad Sharif and to take legal action against those who are hurling allegations without any proof.

The police were reported by Kenyan media as claiming that Arshad had been shot in the head and killed by the authorities on Sunday night along the Nairobi-Magadi highway in a case of “mistaken identity”.
The journalist and his driver allegedly breached a roadblock that had been set up to check on motor vehicles using the route, where there was a call for police to intercept a car similar to the one they were driving following a carjacking incident in Pangani area, Nairobi where a child was taken hostage.

Further details are expected to emerge as the Independent Policing Oversight Authority investigates the case.
General Headquarters (GHQ) has written a letter to the government, calling for a comprehensive investigation into the murder of the renowned journalist.

Talking to a private TV channel, DG Inter-Services Public Relations (ISPR) Major General Babar Iftikhar urged the government to investigate so that those who were spreading rumours and hurling allegations can get an answer.
He regretted the rumours being spread, saying that it should also be investigated who “forced” Arshad to move out of the country.

The DG ISPR regretted that the institutions were repeatedly blamed with one excuse or another, adding that those who were hurling allegations had no evidence to back their claim and that legal action should be taken against them.
Earlier in the day, Prime Minister Shehbaz Sharif decided to form a judicial commission to investigate the killing of the senior journalist, Information Minister Marriyum Aurangzeb announced in a statement on Tuesday.
The judicial inquiry is to be headed by a high court judge who will select media personnel as well as members from civil society to determine the facts of the slain journalist’s death.

According to the minister, the premier took this decision to establish accurate facts surrounding the death.
Later, the prime minister confirmed his decision to form a judicial commission through his official Twitter handle.
In a video message, Prime Minister Shehbaz condemned the incident and stated that the people of Pakistan were deeply saddened by the death of Arshad Sharif.He added that no amount of condemnation was enough for the incident.

“Before leaving for Saudi Arabia yesterday, I personally spoke to the President of Kenya and requested that he send us the investigation report immediately and play his role in returning the body to Pakistan,” the premier said.
The untimely death of the journalist sent shock waves across rights organisations, the media fraternity and civil society and prompted calls for thorough investigation and disclosure of facts.
The 49-year-old journalist fled the country in August to avoid arrest after he was slapped with multiple cases, including sedition charges over an interview with PTI leader Shahbaz Gill during which the latter had made controversial comments.

Alleging threats to his life, Sharif had moved to Dubai in August and later relocated to Kenya.
Washington also urged Kenya to investigate. “We’re deeply saddened by the death of Arshad Sharif. We encourage a full investigation by the government of Kenya into his death,” US State Department spokesperson Ned Price told reporters.

He said that the US respected the right to free speech and condemned those who violated it.
Similarly, the United Nations called for a thorough investigation of the circumstances in which the senior journalist was shot and killed in Kenya.

“I saw the tragic reports about the incident,” UN Secretary-General Antonio Guterres’ spokesman Stephane Dujarric said in response to a question at the regular noon briefing at the UN Headquarters in New York. He hoped the Kenyan authorities would investigate the matter.