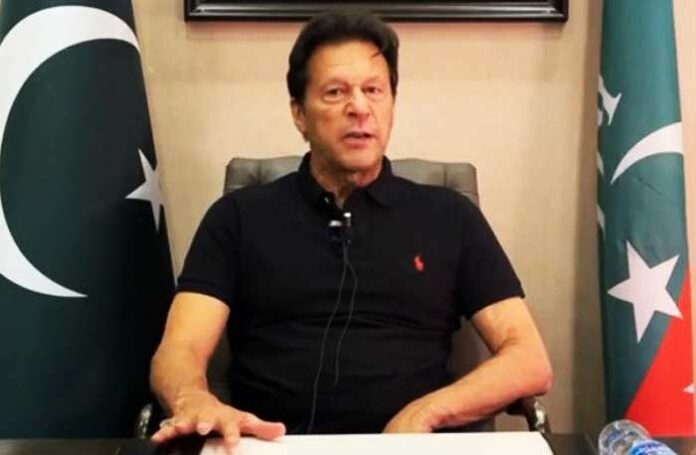 ISLAMABAD: Former prime minister and PTI Chairman Imran Khan has that said his party’s long-awaited long march to Islamabad will begin from Lahore on coming Friday.

“I am kicking off the long march from Lahore. We will gather at Liberty Chowk at 11am on Friday from where we will march towards Islamabad,” the PTI chief announced while addressing a press conference in Lahore on Tuesday.

Imran, who was removed from power through a vote of no-confidence in the National Assembly in April this year, said the objective of his long march is to achieve “real freedom” in the country, saying that his protest rally is not a “politics but a struggle to get freedom from thieves”.

He added: “This Jihad will determine the direction of the country.”
“There is no time frame for this…. After passing through GT Road we will reach Islamabad.”

Imran said he will hold the biggest protest in the country’s history as a “sea of people” will come out on the streets.

The deposed prime minister also assured his supporters that police will not able to subject them to torture as they did during the party’s May 25 long march. “It’s not possible to even touch someone when hundreds of thousands of people are protesting.

“We will neither violate any law nor enter the red zone. We are not coming for fighting anyone. Our protest will remain peaceful,” he assured.

In the same breath, he further added: “But if anyone tried to spread chaos in the protest I am already telling you that it will be the [government].”

Responding to a question about backchannel negotiations, Imran said he believed that political parties always solved their disputes through dialogue.

“But now I have ‘fully’ realised that they [coalition government] will not hold early elections. Now, they are planning other things like my disqualification because they know that they cannot win this match.”

The PTI chief also said he is being criticised for holding the long march as the country is facing difficulties “but the people are demanding us to come out against the imported government”.

He also reiterated that his allegations that his government was toppled through foreign conspiracy and horse-trading.

“We want that people of the country should have the right to make decisions about the country,” he said while appealing to the supporters to participate in the long march for the country’s future.

Former PM Imran also announced that the PTI-led Khyber-Pakhtunkhwa government has decided to build a monument of slain journalist Arshad Sharif, who was shot dead in Kenya on Sunday.

“I will request the Punjab government to do the same to honour his services,” he added.