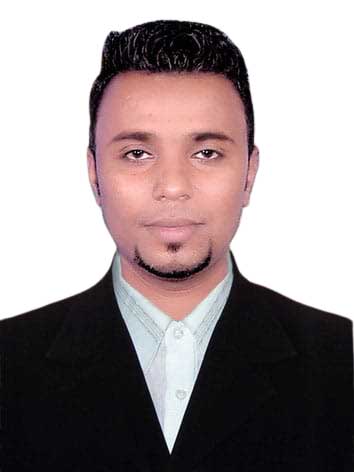 Death is dancing on the national highways of Balochistan. Hundreds of people die every year. Highways have become bloody highways due to lack of two-way traffic, high speed and dilapidated roads. Accidents have become a daily occurrence. 70% of deaths are caused by vehicle collisions. There is no mechanism to prevent it.
It is estimated that more than 5,000 accidents occur on the main highways of Balochistan every year. About a thousand people were killed and thousands were injured. People carry the bodies of their loved ones. They are buried with sighs and sobs. Government agencies have no concrete control policy to control these accidents.
Political circles say that the number of deaths in road accidents is higher in Balochistan than in terrorism. Which is a very worrying thing.
Political and social circles have expressed concern over the rising rate of bloody accidents on the highways of Balochistan, saying that the National Highway Authority (NHA) is responsible for these incidents. He said that accidents happen on highways every day. Not only are all the highways in Balochistan single track, but the NHA is not paying any attention to the construction and repair of these highways. Once the roads are built, the NHA leaves them unclaimed. There are potholes in places on the highways. The roads are in a state of disrepair. The NHA is neglecting its responsibilities due to accidents.
Passengers say that the mistakes of the drivers cannot be ignored in this regard. Transporters are also committing negligence. Transporters consider speed to be a sign of better service. Coaches get out of control due to speed. And innocent travelers lose their lives. In this regard, the motorway police has completely failed to control the speed. A large number of drivers drive without a license. There are also no signboards to guide travelers. Road traffic has increased significantly in recent years, but the roads are still 30 years old. According to a report, Balochistan has the longest length of highways in the country at 4400 km. The Motorway Police has a total length of 513 km from Quetta to Kalat, from Othal to Karachi and from Godar to Pasni. Which makes up only 11% of the total highway.
According to social circles, 70% of drivers in Balochistan do not have a license and do not have a fitness check. Drivers do not know what the tire is and whether the tire is capable of running at high speeds while the condition of roads in Balochistan is also very dilapidated. Passenger bus drivers drive for 24 to 36 hours. Due to which they suffer from physical and nervous problems. Most accidents are caused by sleep deprivation. Because drivers don’t get enough sleep. They are driving while drowsy. Even within the limits of the motorway, passenger buses continue to violate the proper or prescribed speed. There seems to be no implementation of setting the range of motorways on these highways. Due to which the drivers are speeding. Which causes accidents.
The concerned authorities should work out a mechanism in collaboration with the transport companies so that other issues including speeding can be resolved according to this mechanism. In this regard, the Department of Transport has set up an academy in Balochistan to train drivers.
Provide free training to motorway police bus drivers. Accidents can be controlled to some extent with training. Trackers should be installed in all coaches running on national highways. So that their speed can be determined.
The Balochistan government should introduce an insurance scheme for passengers to control traffic accidents. Trauma centers should be set up on all highways.
The plan to make all highways two-lane should also be completed. In order to reduce accidents.
According to political and social circles, these deaths are due to poor government arrangements. The government is directly responsible for these deaths. A social organization called Balochistan Youth and Civil Society is protesting against the dance of death on the main highways of Balochistan. In this regard, the officials of the society started a long march on foot from Karachi to Quetta. When they reached Wadh, they had to postpone the march because of Corona. Meanwhile, he was approached by NHA officials to end the march. Their demands will be implemented. But work on any of the highways has not yet begun since the end of March.
Political circles have alleged that even after taking trillions of resources and wealth from Balochistan, there are no safe roads for travel. In Balochistan, this series of daily house accidents continues. The body of a father on someone’s shoulder is the body of a sister on someone’s shoulder. There are rows of graveyards because of the bodies. The federal government is not serious about building highways in Balochistan. How long will the people of Balochistan continue to pick up the bodies of their loved ones?
Hundreds of precious lives are being lost in traffic accidents which is nothing short of a tragedy. The government should seriously consider this issue. To overcome the loss of human lives. However, the rulers do not have a comprehensive strategy in this regard. Because human lives are of no value to them.