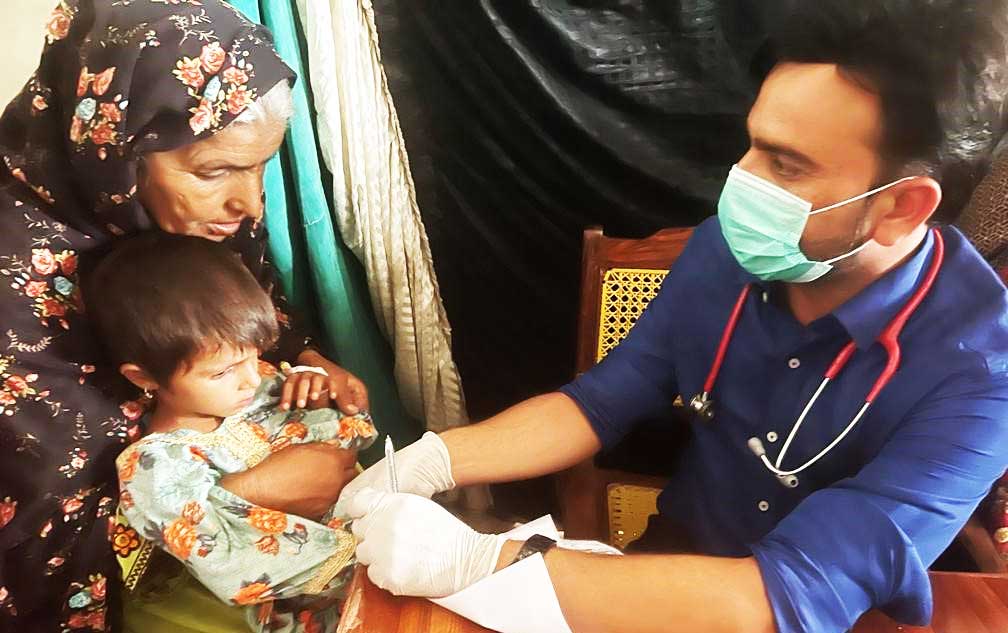 DERA ALLAH YAR: ChildLife Foundation has organized medical camps to provide quality treatment to the flood-affected children of Balochistan. The first such camp was set up in the district headquarters hospital (DHQ) of Dera Allah Yar in the Jaffarabad District on August 13. ChildLife sent a team of child specialists to the camp for a full day. Moreover, free medicines were also dispensed to expedite children’s recovery, says a Press release.
Notably, ChildLife offers quality emergency care and consultation to children in several hospitals across Pakistan in partnership with the government. This includes 12 state-of-the-art children’s Emergency Rooms (ERs) in major cities of Sindh, Balochistan and Punjab and 72 telemedicine satellite centers (TSCs) covering all districts of Sindh and Balochistan.
In the aftermath of devastating floods in Balochistan, a large number of children have reported to ChildLife ERs and TSCs with complaints of gastroenteritis and other water-borne illnesses.
Dr. Ahson Rabbani, CEO of ChildLife Foundation, says, “As we provide free quality treatment to children, we realized the need for urgent medical intervention close to homes for the victims of flood, particularly children for whom delays in help can prove fatal. Therefore, we have arranged medical camps in Balochistan and Sindh, working with the government teams.”
At the medical camp in Dera Allah Yar, more than 350 children were treated in a day. The top three illnesses reported were PCM malnutrition, diarrhea, and skin diseases. Critically-ill children were also referred for further treatment to the nearest ChildLife Emergency Room.
Dr. Rabbani added, “ChildLife’s upcoming medical camps will continue to provide relief to sick children from flood-ravaged areas. Our team of experienced doctors will offer outpatient services to help with patients’ timely diagnosis and correct treatment in order to save their lives.”
Since 2010, ChildLife Foundation has treated 4.5 million children across the country absolutely free of cost. The organization is expanding rapidly to achieve its mission of a child-safe Pakistan and aims to cover every district of every province by 2030.