Fact Check: Lies on Xinjiang-related issues versus the truth 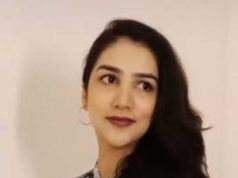 Dates as staple food of the Middle East & the Indus...