This word is known to me as its definition defines that a Situation in which a person is in a position to derive personal benefit from actions or decisions made in his official capacity, but I witnessed this situation as member of Arts Council of Pakistan Karachi and observed more as the candidate in Arts Council’s Elections. It was really an interesting and learning experience. It reveals on me that a worse condition of conflict of interest is existing in Arts Council of Pakistan Karachi.
The person, who is in power since 2008 has an all in all position in helm of affairs of the oldest cultural Institution of Pakistan. The real story behind the success is having an authority to enroll new membership as voters.
This is the same story of every association or trade body in Pakistan. Not even those organizations, but also the whole nation has been indulged in conflict of interest whether Politics or Civil and Military Bureaucracy.
So, the state pillars, Parliament, Administration and Courts are being ruined because of this curse. That’s why a mafia like situation is prevailing in the whole society. It’s a strong observation about our country that in Pakistan anyone from a regulator agency can also work with any other commercial entity without any problem. This gives rise to conflict of interest, when someone’s judgment can be influenced or perceived to be influenced by a personal, financial or other interest.
There has been many examples in the history of Pakistan about conflict of interest since 14th August, 1947. But in the recent past, the situation became worse and worse. The extension of as Army Chief of Gen. Zai-ul-Haq and Gen Pervaiz Musharraf was absurd by all means. Succession in Political parties created strong hold of families.
In Governance, it created nepotism and corruption at all levels. Quaid-e-Azam Muhammad Ali Jinnah strongly pointed out the curse of nepotism and corruption in his first speech on 11th August, 1947. Unfortunately our rulers has been failed to act on the guide lines of the father of the Nation.
The English newspaper Dawn reported in its 5th Jan, 2017, web edition regarding the Supreme Court of Pakistan proceedings in Panama papers, Justice Asif Saeed Khosa asked the Makhdoom Ali Khan counsel of then PM, that the Prime Minister Mian Nawaz Sharif was using his official position for transfer of money in 1997. It was also a worse example in Governance. An other example regarding the appointment of Country Director of World Bank in Pakistan then Prime Minister Raja Pervaiz Ashraf appointed his Son-in-Law for the same.
Recently, the digital Pakistan foundation related to Prime Minister Imran Khan, flagship Digital Pakistan initiative has come under conflict of interest although Tania Aidrus, amid of this controversy resigned because of her nationality but it created bad example of personal interest.
It’s a long list of unethical practice in Government affairs at lower, middle and higher level, which is shameful for our society. It looks the ethics has been vanished and only personal motives are prevailing.
A shameful example has been existed for nominations of women in Parliament (Provincial and National Assembly) on special seats. Although it was created for the empowering of women in political arena, but the party leaders and influential political personalities are using this radical constitutional amendment in favour of their families. That’s, why, since 2002, its impact is not like that as it was conceived. Many talented and deserving women political workers are deprived to become the member of the Assembly.
Conflict of interest, could be addressed positively by rising the ethical and moral values in the society and culture. Unfortunately, our moral values has been declined in political culture especially. Immoral and unethical values are against the spirit of Islam and any other religion as well. In recent times, it’s a worse shape of exploitation, which is totally forbidden in spiritual and Islamic spirit. State and society is being ruined because of this unethical practice.
It is the high time to prevent this curse by law. It will be in the interest of state and people, The intelligentsia should take the responsibility to build the public opinion and awareness among the lawmakers. This unethical practice is against the human rights because it affects the equality and level playing field for every citizen of the state. Because of this, democracy is being labeled with wested interests not the service to mankind in Pakistan.
National and Provincial Assemblies and its nurseries like trade bodies, chambers of commerce and industry, labour unions and the Arts Council of Pakistan Karachi as well are badly indulged in this unethical practice.
Conflict of interest Act, could be helpful to save the society and restore the value for Good Governance in Public sector.
The last but not the least, the great saying of Hazrat Imam Ali A.S. that, a Society or State can survive with infidelity (Kufr) but not injustice. 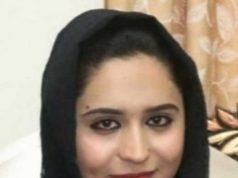