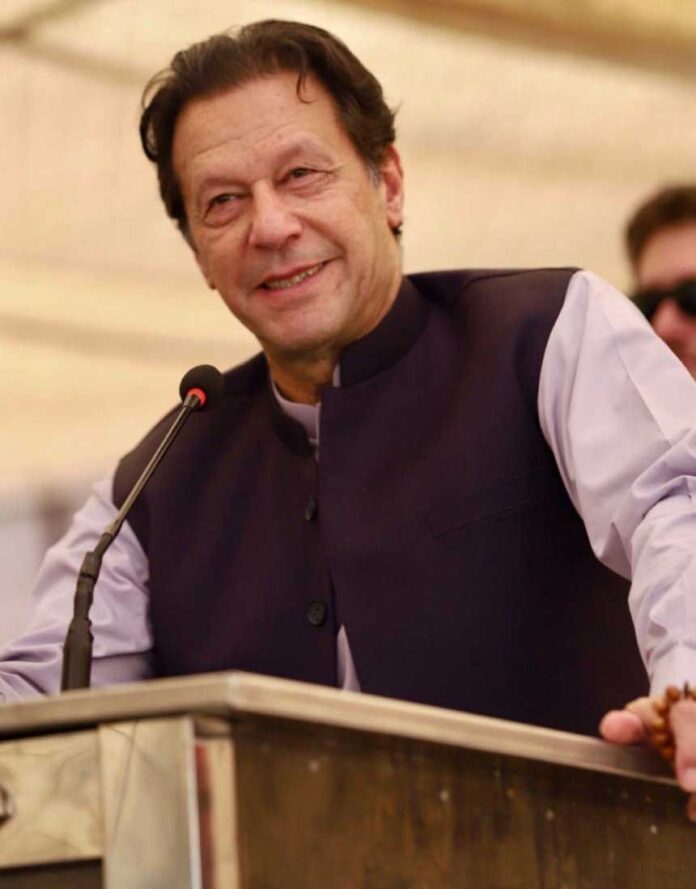 ISLAMABAD: Former prime minister and PTI Chairman Imran Khan has said that the country’s democratic system will be “destroyed” if the coalition government led by PML-N stayed in power any longer.
“If they stay in power, the democracy cannot survive because a ‘turncoat’ Raja Riaz has been appointed Leader of Opposition [in National Assembly],” said Imran while addressing a ceremony at K-P House in Islamabad on Tuesday.
The former premier said the incumbent rulers were “destroying” all institutions of the county to rig the next elections and close down all corruption cases against them.
While casting doubts on the death of investigating officer Dr Rizwan, the PTI chief said the PML-N government was destroying FIA record pertaining to the corruption cases.
“They are destroying the justice system… they will inflict immense damages to the country which even our enemy has failed to achieve.”
He also accused the government of muzzling freedom of media, saying TV channels were being pressured not to give coverage to him.
The former premier said the United Sates “installed” the incumbent rulers into power because they can be controlled easily as their assets were stashed abroad.
Speaking about inflation, Imran compared the performance of the incumbent regime with his government, saying the prices of all essential commodities have skyrocketed in only two months.
He said his government provided subsidies worth Rs200 billion on fuel and electricity prices despite IMF pressure because they did not want to burden the masses with more inflation.
“They don’t care about the people of Pakistan… they only take orders from America… a group of thieves has been imposed upon on us by the US and their local abettors,” he remarked.
Moreover, he said his government was the first in the country’s history which provided health cards to the people of Punjab and Khyber-Pakhtunkhwa to enable them to avail free treatment at any private or public hospital.
“Entire opposition pressured me to impose a blanket lockdown during Covid-19 pandemic but I refused to do so considering its impact on daily wagers.”
Imran said that Pakistan was among the five nations in the world which successfully saved the poor and economy from the pandemic.
Likewise, my government was the first in the country’s history which opened shelter homes for labourers, he added.