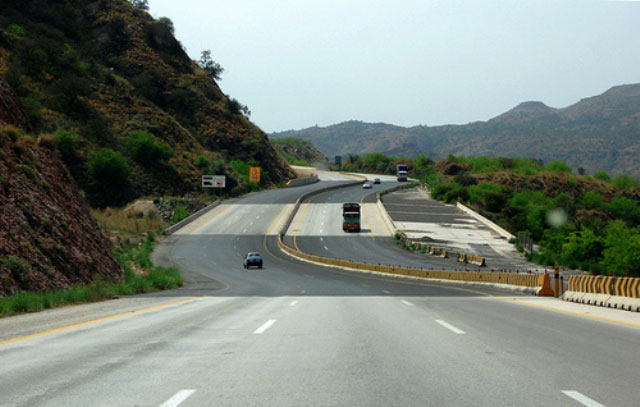 CHAKDARA: Khyber Pakhtunkhwa Minister for Finance and Health Taimur Khan Jhagra has said that Dir Motorway, starting from Chakdara, is both part of the tourism route to the north, and will ultimately connect to Chitral, Gilgit, and transform trade with China.
Dir Motorway, a much-needed connectivity project in Khyber Pakhtunkhwa, will boost tourism and trade activities throughout the region, said Jhagra as reported by CEN.
He said apparently, this is a 29.4 km long, four-lane highway, which begins and ends in the Lower Dir district of KP, but in a larger context, the project will bring development and prosperity to the region.
Dir Motorway will be constructed with an estimated cost of Rs40 billion. The four-lane motorway will be constructed between Chakdara and Rabat town of Dir Lower. The government of KP is sponsoring the project that will be executed by Pakhtunkhwa Highway Authority.
The projects include construction of bridges, underpasses, flyovers and tunnels. Dir Motorway, which will start from Chakdara, will end at Rabat town, which is located close to the border of Upper Dir district. Upper Dir touches Chitral district, which shares borders with Gilgit Baltistan.
The Government of KP wants the inclusion of Chitral-Chakdara Motorway project in the China-Pakistan Economic Corridor (CPEC). If approved, the project will connect Chitral, the northernmost district of KP, with Chakdara, Lower Dir. The length of the proposed Motorway is 214 kilometres. The Chitral Motorway will join Swat Expressway at Chakdara to reach Islamabad-Peshawar Motorway (M1) at Karnal Sher Khan Interchange close to Rashakai Special Economic Zone.
Similarly, the government also plans the inclusion of Swat Expressway Phase 2 in CPEC. The 82-kilometer long expressway will connect Chakdara town of Lower Dir with Fatehpur, Swat. The estimated cost of the project is Rs57.5 billion. – TLTP