KARACHI: Mathematics decided the fate of the Proteas, despite defeating England by 10 runs, calculation ousted South Africa from reaching the semi-final as England qualified due to better net run rate in the crucial match played in Sharjah on Saturday in T20 World Cricket Cup.
South Africa batting first scored 189 for the loss of 2 wickets, in reply England made 179 for the loss of 8 wickets. Dussen played a superb innings scoring 94 runs and Markram scored 52. Kagiso Rabadaclaimed a hat trick, he took 3 wickets for 48 runs. For England Moeen Ali made 37 and Malan scored 33.
In the first match Australia beat West Indies by 8 wickets. Australia chasing 158 runs to win reached the target with 22 balls yet to go, scoring 161 for the loss of 2 wickets. Dazzling batting by Warner who punished the Proteas bowlers at will, scored 89 runs in 56 balls and remained not out, played a sheet anchor’s role in the Australian victory.
Warner hit 9 fours and 4 sixes. Mitchell Marsh made 53 of 32 deliveries.
West Indies batting first made 157 for the loss of 7 wickets. Skipper Kieron Pollard was the highest scorer with 44 runs of 32 balls and Evin Lewis made 29 runs. Hazlewood took 4 wickets for 39 runs.
Pakistan is likely to meet Australia in the semi-final if there is no major upset.

PSL-7 schedule out; total 34 matches will be played 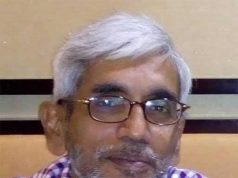 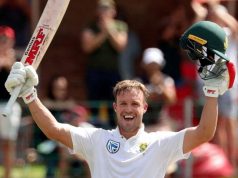 ‘Forty-five minutes of bad cricket put us out’ says Kohli after...