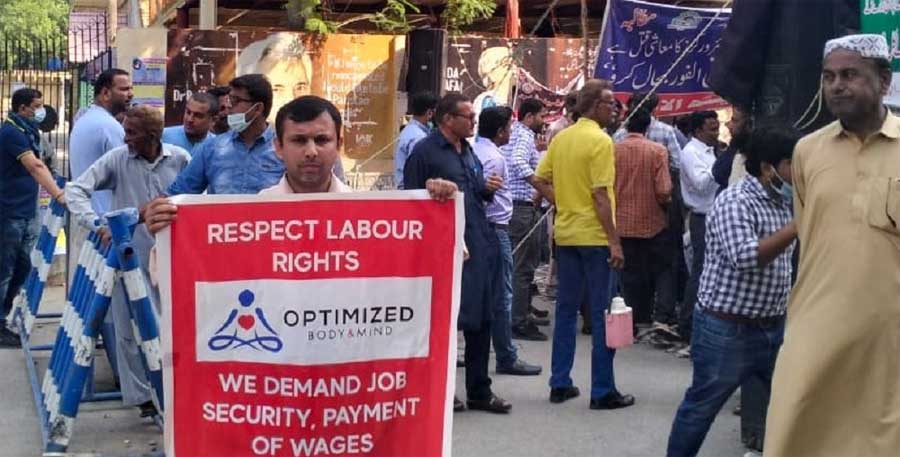 This company opened an office in Karachi this year without giving any subtleties of its business to Federal Board of Revenue nor did they register their business with Securities and Exchange Commission of Pakistan and Intellectual Property Organisation of Pakistan.

Without submitting to any regulations and strategies Optimized Body and Mind Limited hired employees on appointment letters and later ran off without providing any salaries through any official channel, which is a sheer infringement of business rules and of FBR code of conduct. This act of firm had affected many employees of certain bonuses and salaries.

One of their employees Ali Jan who joined the UK-based company as Web Developer offered his acquiescence subsequent to serving notice period was likewise declined of two-month salary. According to the worker, the company even confined the said worker from entering office to finish remaining period of notice.

The victim Ali Jan revealed that upon reaching the workplace he was denied to enter and when he explained his position to the duty official Farhan Qureshi he refused to clear the dues.

Ali said that he has sent emails to FBR, FIA, Sindh Labour and Human Resource Department and complaint department of UK government for paying heed on ridiculous and unlawful behavior of firm.”
Ali further demanded for justice from the higher authorities.

The victim Ali Jan also uncovered that he has served the legal notice to the organisation Optimized Body and Mind Ltd in lieu in lieu of recuperation of his dues.

On other hand, the FBR officials acted on Ali’s complaint and started to investigate the said firm on not starting business with prior permission from relevant departments including them.
The affected employee also registered his protest outside Karachi Press Club.