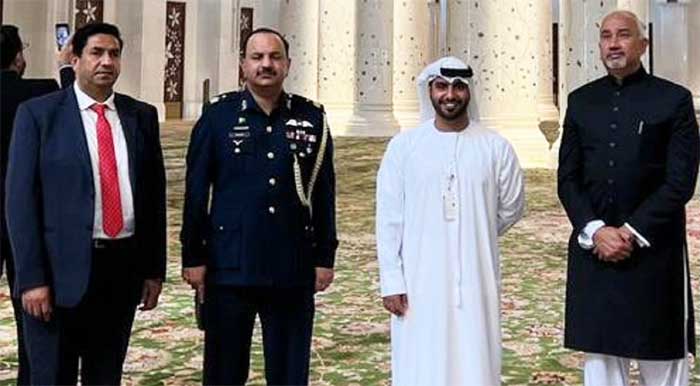 DUBAI (UAE): Ambassador Faisal Niaz Tirmizi, accompanied by Embassy team, visited Sheikh Zayed Grand Mosque Tuesday.
The Ambassador offered Fateha at the tomb of late Sheikh Zayed bin Sultan Al Nahyah, founding father of the UAE and paid tribute to his visionary leadership that enriched the culture of tolerance and peaceful coexistence.
He also recalled late Sheikh Zayed’s close relationship with the people and the leadership of Pakistan.
During the visit, the Ambassador visited various sections of the Mosque and he was also briefed about the mosque’s leading role in highlighting the Islamic culture’s true essence of peace and tolerance.