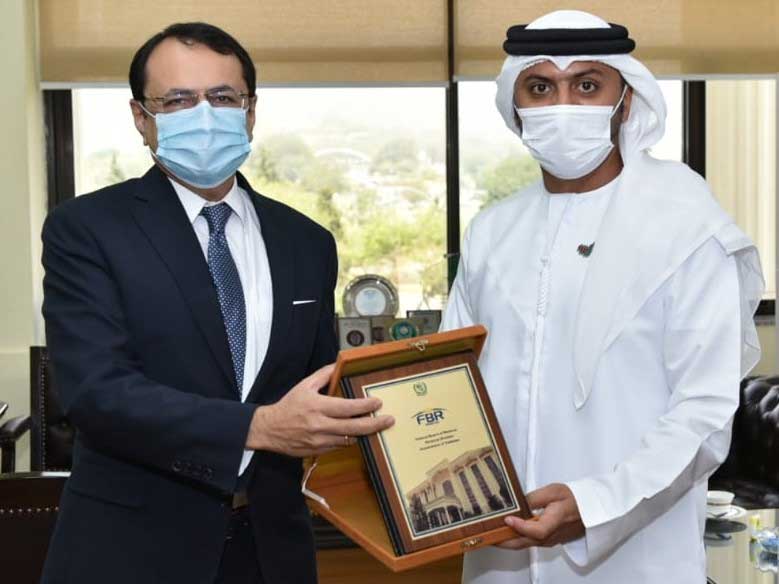 ISLAMABAD: Federal Board of Revenue (FBR) has released the provisional revenue collection figures for the fiscal year 2020-21. According to the provisional information, FBR has collected net revenue of Rs. 4,732 billion during Jul-June period, which has exceeded the target of Rs. .4, 691 billion by Rs. 41 billion. This represents a growth of about 18% over the collection of Rs. 3,997 billion during the same period last year.
The net collection for the month of June was Rs. 568 billion representing an increase of 26% over Rs. 451 billion collected in June 2020. The year-on-year growth of 18% is unprecedented particularly as it is realized on the heel of 26% growth in June. These figures would further improve before the close of the day and after book adjustments have been taken into account.
On the other hand, the gross collections increased from Rs. 4,132 billion during this period last year to Rs. 4,983 billion, showing an increase of 21 %. The amount of refunds disbursed was Rs. 251 billion compared to Rs. 135 billion paid last year, showing an increase of 86%. This is reflective of FBR’s resolve to fast-track refunds to prevent liquidity shortages in the industry.
The improved revenue performance is even more significant due to adoption of ‘no-undue’ advances policy as well as effective enforcement by field formations. It is also a reflection of growing economic activities in the country despite facing the challenge of third wave of COVID-19.
Meanwhile, FBR’s efforts to broaden the tax base are expending apace. Early signs suggest such efforts are bearing fruits. As on 30-6-2021, income tax returns for tax year 2020 have reached 3.01 million compared to 2.67 million in Tax Year 2019, showing an increase of 12.5 %. The tax deposited with returns was Rs.52 billion compared to only Rs.34.3 billion last year, showing an increase of 52.1%.
According to the information released by FBR, 11,100 point-of-sale terminals have been integrated with real time reporting system of FBR.
Pakistan Customs has collected Rs. 742 billion under the head of customs duty in FY 2020-21 against the assigned target of Rs. 640 billion and exceeded its target by Rs. 102 billion which is 16% more than the assigned target. Whereas during the month of June, 2021 an amount of Rs. 83 billion has been collected under the head of customs duty against the monthly target of Rs. 75 billion which is again 12% more than the assigned monthly target. It is quite important to mention that an amount of Rs. 117 billion was collected more under the head of customs duty in financial year 2020-21 as compared to FY 2019-20, despite the re-arrival of COVID-19 pandemic and has shown a growth of 18% as compared to previous financial year, which is quite remarkable.
During June 2021 smuggled goods worth Rs. 3.7 billion have been seized. Similarly, during July 2020- June 2021, smuggled goods worth Rs. 57.7 billion have been seized as compared to Rs. 36 billion in Jul 2019-June 2020 thus showing an increase of 58%.
Directorate General of Intelligence & Investigation-IR showed commendable performance during July 2020 to June 2021. During this period, Directorate General forwarded 1,608 Investigation Reports and Red Alerts to the field formations involving revenue amounting to Rs. 244 billion. Directorate General filed 71 complaints under Anti-Money Laundering Act, 2010 where more than Rs. 62 billion were involved. Directorate General seized 8,754 cartons containing 87,540,000 cigarette sticks during the period of July 2020 to June 2021.
Meanwhile, Ambassador of UAE in Pakistan Hamad Obaid Ibrahim Al Zaabi called on Chairman FBR Asim Ahmad at FBR Headquarters. Matters of mutual concern pertaining to cooperation on customs and other inland taxes were discussed in the meeting. It was agreed in the meeting that relevant departments of both countries would further promote the cooperation in the field of customs and other inland taxes and would learn from each other’s best practices which would result in increasing the trade volume between the two countries.
Chairman FBR briefed the UAE Ambassador about the recent measures taken by FBR for the mobilization of revenue and facilitation of taxpayers. UAE Ambassador appreciated the performance of FBR in the Financial Year 2020-21 and hoped that FBR would continue to achieve the revenue target set for the Current Financial Year 2021-22.
Meanwhile, Federal Board of Revenue (FBR) has uploaded the Income Tax Return Forms for Tax Year-2021. Separate Return Forms for Salaried, Association of Persons and Business Individuals have been uploaded. The Income Tax Returns can be filed through web portal and Tax Asaan application.
In a press release issued here on Thursday, FBR has stated that taxpayers are provided guidance on filling all the required particulars in the form. The Income Tax Returns can be filed online through smart phones by installing the Tax Aasaan application from Google play store. In this regard, a media campaign would also be launched for awareness and education purposes. The taxpayers can file their Income Tax Returns till 30th September, 2021.

Roads dug in garb of improvement