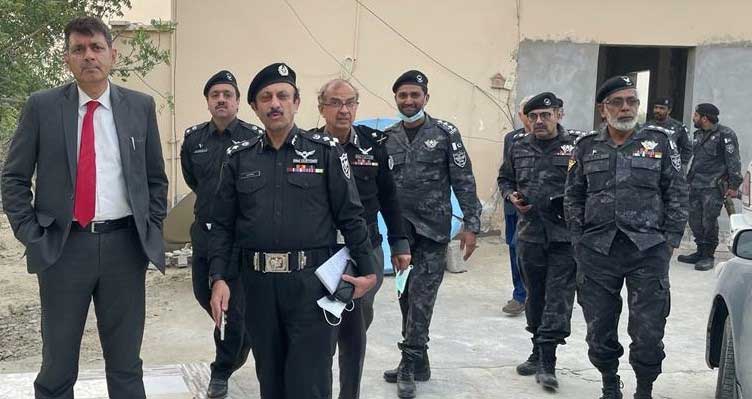 ISLAMABAD: Building further on government’s vision to promote trade with the regional partners and enhance border management, President of Pakistan presided over an important meeting of the relevant stakeholders and government institutions at Gwadar Friday.
Making the optimum use of the opportunity and on the sidelines of the visit of by President, Chairman FBR/Secretary Revenue Division spent an eventful day there. He visited Pak-Iran border (Gabd/BP-250) and held an interactive session with the local trade community. The traders lauded his visit as being the first ever by any Chairman FBR at Gabd.
Various issues pertaining to bilateral trade with Iran were discussed which included valuation of imported items through land route, establishment of banking channel with Iran, plant and animal quarantine certification issues on both sides, avenues for enhancing exports and development of infrastructure at border.
He assured the traders that all the matters pertaining to FBR will be resolved as early as possible. Moreover, he also promised to take up the issues with other ministries for easing out the difficulties of faced by traders.
Later on, he visited Jiwani and discussed the possibility of opening Jiwani as an import/export port to and from the Iranian coastal town of Pasabandar. He was accompanied by the presidents of Quetta Chamber of Commerce & Industry, and Gwadar Chamber of Commerce & Industry.
These meetings generated an important discussion regarding the pressing need for an effective border management. It was decided that FBR, as a lead agency, would carry out an exercise with some development partners to survey the whole borders to identify the possibility of opening up new border points for customs clearance.
He further clarified that the Customs Border Stations will be classified into 3 categories, with each category having distinct features of infrastructure and administrative controls. The proposed exercise will be completed within 2 months, he concluded.