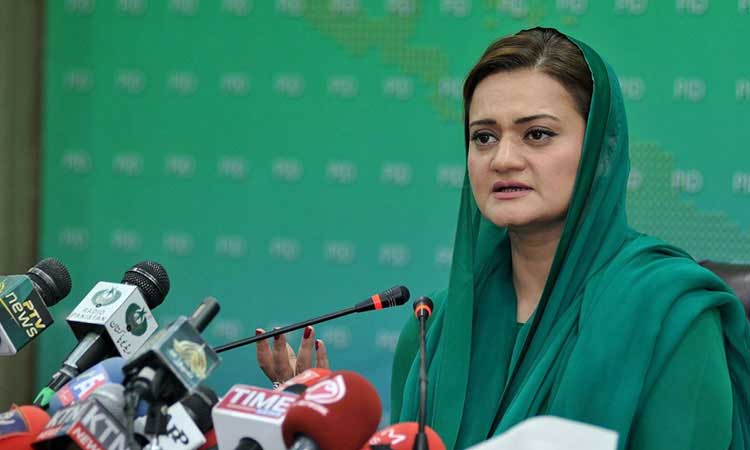 ISLAMABAD: The government has banned import of non-essential and luxury items to control surging inflation, stabilise depleting foreign exchange reserves, strengthen economy, and reduce the country’s reliance on imports.
Minister for Information and Broadcasting Marriyum Aurangzeb announced this while addressing a press conference on Thursday. She said that import of luxury items, including vehicles, mobile phones, home appliances, dry and fresh fruits, crockery, private weapons, decoration items, preserved and frozen food items, sanitary ware, doors and windows, and beauty and confectionary items, has been banned.
“This is an emergency situation and Pakistanis will have to make sacrifices under the economic plan. This will have a quick impact on foreign reserves. The ban will have an impact of $6 billion,” the information minister said. She said it will also help reduce the current account deficit.
She said the prime objective of these measures is aimed at reducing reliance on imports and introducing export-oriented policy to promote local industry in the country. She said a plan is also being prepared to promote local manufacturers so that people will be provided employment opportunities.
The minister said that Prime Minister Shehbaz Sharif is making strenuous efforts to provide relief to the common people. She said those who are questioning the performance of a four-week government, should be ashamed of this approach.
She said the dollar rate had been Rs115 when the PML-N left the government in 2012, claiming the last government of PTI took this price to Rs189. She said it was former prime minister Nawaz Sharif who successfully completed the IMF programme in 2015 and included Pakistan in global emerging markets. The information minister noted that the PTI government went against the agreement it had made with the International Monetary Fund (IMF) by subsidising the price of petroleum products.
“Now, we cannot come out of the conditions put forth by the IMF for Pakistan. But despite that, instead of shifting the burden of conspirators on Pakistanis, the PML-N and its allies do not plan on doing this as it has never been their manifesto,” Aurangzeb said.
She said the last government gave an unfunded subsidy on petroleum products to paralyse Pakistan’s economy. Marriyum Aurangzeb said the government is also taking measures to improve the energy situation in the country.
Berating the PTI for calling out the incumbent government on the economic turmoil, Aurangzeb said the Imran Khan-led government hiked inflation, took historic loans, committed “economic terrorism”, and played with the country’s economy by subsidising petroleum prices.
The information minister said that the previous government did not have an economic plan. “[Ex-prime minister] Imran Khan would often say that he wasn’t in power to know about the rates of tomatoes.”
“They [PTI] first exported sugar, then imported it and sold it at Rs120, whereas, during the PML-N’s tenure, it stood at Rs62 per kg. And during their tenure, women stood for a kilo of sugar in long queues. Don’t they have any shame? Do they think that the people of Pakistan have forgotten all this?”
Responding to the PTI and Imran Khan’s repeated demands of snap polls, Aurangzeb said it is the government’s job to conduct elections across the country, whether the party “cries or shouts”.
“If your [PTI’s] objective was to conduct snap polls, you would have done it during your tenure and dissolved the assemblies. But since you thought that the allies would stand by you, you stuck on to the seat of power.” Aurangzeb said the government will hold elections “when it wishes to”.
The information minister, in response to Khan’s question of why did courts open at midnight, said the courts had opened their doors to stop a person from violating the constitution. She said the previous government did not have a plan and would abuse the institutions. “But this government will take the country out of the crisis.”
In response to a question, the information minister said Prime Minister Shehbaz Sharif will address the nation in a couple of days. – TLTP