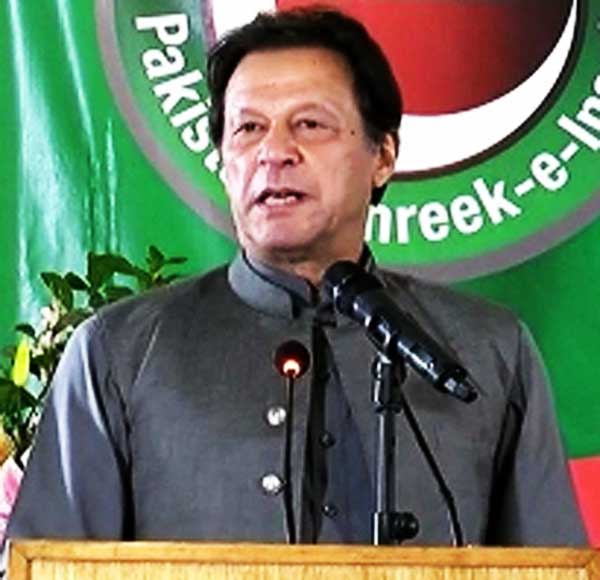 ISLAMABAD: Former prime minister and Pakistan Tehreek-e-Insaf Chairman has blamed “neutrals” for the current crises in the country, saying they didn’t intervene when they could to stop the “conspiracy” against the PTI regime.
“The responsibility of whatever happening in the country is also on the neutrals as they did not stop the conspiracy against the PTI-led government,” Imran added.
He made the remarks while addressing PTI’s National Council in Islamabad on Monday.
Turning his guns towards the Election Commission of Pakistan (ECP), the ousted premier reiterated that the next general elections must not be held under the current chief election commissioner.
“The election commissioner must step down,” he said and announced a protest outside the ECP office on Thursday.
The PTI leader also said that the top electoral authority chose to oppose electronic voting machines (EVMs) which had been designed to end the manipulation of elections.
According to the former PM, the election commissioner tried his best to sabotage the EVMs while the system could have ended all future disputes regarding the poll results.
The PTI chief also blamed opposition parties for the dollar’s unending flight, saying it was also in the interest of some.
“The fact that they don’t value merit is the reason why these political parties have been shrinking,” he added.
Imran also claimed that the incumbent government took the reins of power without any prior economic planning.
A day earlier, the Punjab Assembly had passed a resolution, seeking the resignations of Chief Election Commissioner Sikandar Sultan Raja and Election Commission of Pakistan commissioners for their alleged “biasness”.
PTI chief Imran Khan on Saturday accused the CEC and the ECP officials of biasness when they met with the ruling Pakistan Muslim League-Nawaz leaders and discussed the prohibited funding case against the PTI.
The house session, presided over by newly-elected Speaker Sibtain Khan, also saw PTI MPA Wasiq Qayyum Abbasi take oath as the new Deputy Speaker.