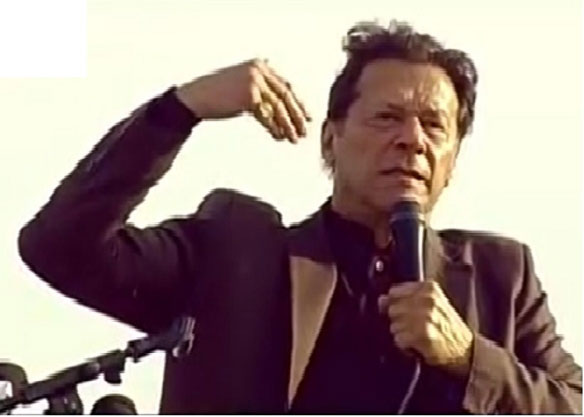 ISLAMABAD: Former prime minister and PTI Chairman Imran Khan has given a call for a countrywide protest against the exorbitant hike in fuel prices.
The protest call was given a day after the federal government announced a massive increase in prices of all petroleum products – especially petrol by Rs24 per litre and high-speed diesel (HSD) by Rs59.16 per litre – the third such raise within the last 20 days.
In a video message on Thursday, he called upon the people belonging to all walks of life to stage peaceful protest at 9pm on Sunday across the country against the “imported government”.
“I will address you at 10pm via video link,” he added.