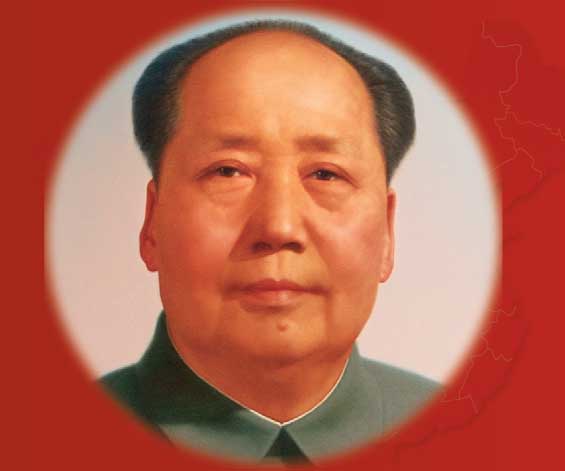 China is a super power, declared xi in the hundred years of CPC convention recently. To attain the super powerstatus, China has travelled a long way, fighting the enemy which was better equipped and larger in number. It was difficult task to awaken the people from the slumber they were pushed into after opium wars; He had first to convince them his ideology and later to adopt it. This was the humble beginning of the star of a long and grueling battle to emancipate Chinese people. He not only displayed exemplary leadership in 20th century superb generalship.
There have been great battles in the world which altered the course of history. The first recorded battle is the battle of MEGDDO under taken by Pharaoh Thotmess 3 in the year1468 BC. Itis classic employment of strategy and tactics which embodied surprise and deception by encircling enemy from the rear and flank.
With the advent of Islam, the defeat of two Empires of the time by Muslim Arab armies is unparalleled. Smaller armies defeated large forces by surprise and concentration of force at the point of attack by keeping enemy guessing.
In the modern history Mao’s struggle to emancipate China from foreign occupation of foreign power single handedly is a testimony worth study.
MAO himself wrote in detail about his strategy.
The victory of communist party forces under his leadership established the theoretical and practical application used – a classical expletive example of Hybrid warfare. The war fought in diverse terrain and was the combination of Gorilla and conventional warfare. He was not only found correct in his approach but in many parts of the world this strategy is later used. The recent example is of Taliban. The main features of the people war were elaborated by Mao himself. Let’s examine these features. The strategic development and application by Mao in conjunction with traditional Chinese philosophical thought ensured success through the application in practice. Second; political culture of China was embedded with his military strategy. The aim of his strategy was to defeat the stronger enemy which was regular Japanese army. In conventional mode it is difficult to defeat stronger opponent. The answer is suddenness and attack in weak spots. Further draw the enemy into own favorable ground. To achieve this, Mao, s aim was to seize power in the countryside then spreading into the urban centers by CPC revolutionary forces.
The methodology he introduced, is the combination of the basic principles of military strategy, used by the past leaders, and combines it with basic components of Guerilla tactics. When we examine it further, reveals and transpire into, and it is ingrained the logic and the lessons from political science. Mao correctly incorporated basic sociology of, not only the Chinese peasantry but also the population at large. He concluded the strength lay in Peasantry. He postulated peasantry is the key as it is the vast reservoir of man power. Thus he asked comrades to show respect for peasants. He believed Peasantry is major strength in his fight for freedom. Thus large enemy forces were drawn into country side, at right moment they were surprised with quick mobile attacks. It created divisions in the attacking force.
He then went on first time to use the elements of hybrid warfare. It included: The Elements of Guerrilla warfare which hinge on the support of population. He employed of the principle of sudden attacks on enemy. The unsuspecting enemy was destroyed by sudden attacks and ensured its destruction with mobile columns these swift actions allowed success of smaller forces against stronger conventional regular army, it is very difficult to show elasticity for the conventional army against swift a la Guerilla attacks. The Confucian principles and thirty six stratagems was the anchor of his strategy. He then went on to preserve his forces and avoided engagement with superior force. The operating tactic he used was subversion, depletion of enemy forces and strike to destroy. These three arts of war, he then went on it’s to be woven in one combined strategy. In first he indoctrinated masses away from politics a fundamental factor in the success of civil war. Faith in the cause, sustained struggle, simple living and ready to offer supreme sacrifice were the driving motto of Mao. Seek the truth and go for it.
To summarize, his strategy embodied lessons of military history, use of logic in determining his approach towards problem in front. He then combined the political and military science, social moors of peasantry analysis in his Hybrid war against superior enemy.
Chinese are pragmatic people. Change according to circumstances, it is a CONSTANT in their nature. This quality allows Chinese a dynamic war machine. They are not afraid of long drawn war.
We see they took lesson from Sino Vietnam War, Deng Xiaoping abandoned people concept of war and adopted and introduced use of technology. They started investment in technology. This adaption continue and we find Xi taking it further in modern concept of war based in technology of integrated data uses, communication , and further into celestial and space war. Incapacitate the adversary’s communications; jam the war machine by creation void in its command structure. That mean war is half won before actual hot combat. This in fact is response to technology warfare enacted by USA.
All this have lessons for the countries having smaller forces and larger enemy forces with greater conventional muscle. Adopt technology.

The rise of the William Dalrymple