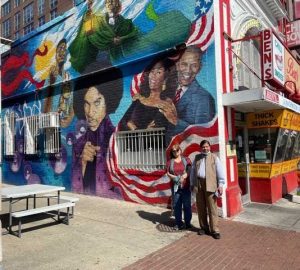 It was a crisp afternoon in early March when we visited Ben’s Chilly Bowl-an immensely popular restaurant on U Street in Washington DC. Once, this street was known as the Black Broadway of Washington. There were theatres, restaurants, nightclubs, and many other places for entertainment. The development in this area started erecting chain restaurants and high-rise buildings; however, many expressed that “with all development on U street district, the history is getting lost.”
Ms. Virginia, with her husband, Ben Ali, started Ben’s Chilly Bowl after four weeks of their marriage in 1958. Ben Mahboob Ali came to the U.S. from Trinidad for studies at Nebraska University but then decided to go to the Howard University in Washington, DC. 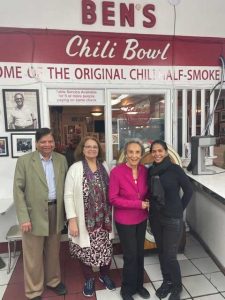 Urban Resilience And The Struggle For The City In Global Cities