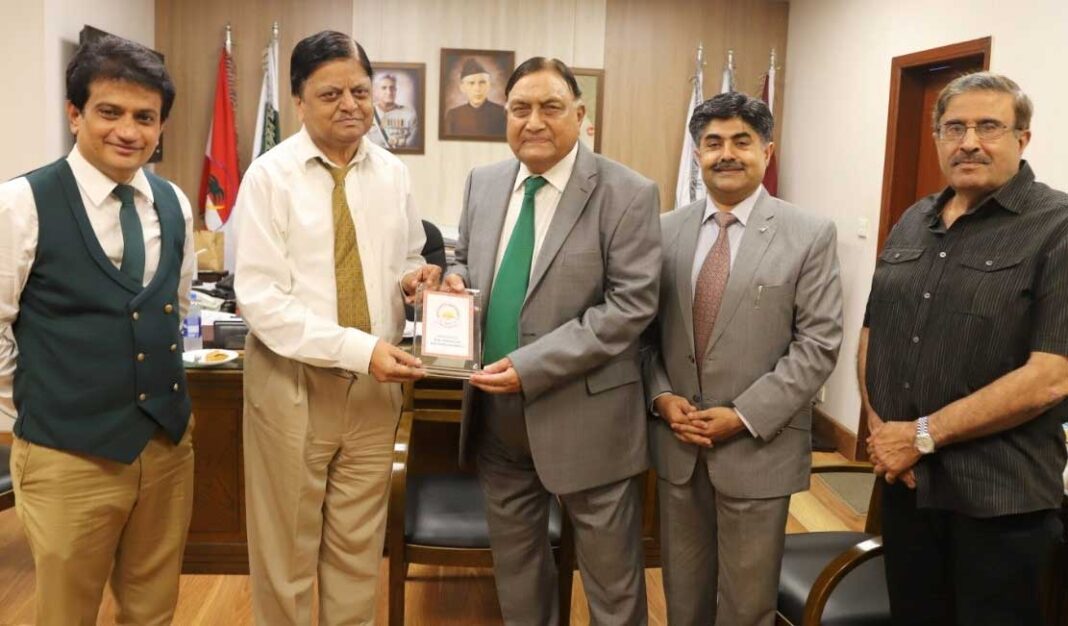 KARACHI: As a sequel to the Diamond Jubilee Independence Day celebrations, a talk show ‘Sawal Hai Pakistan Ka’ was organized by the IR Department of DHA Suffa University, Karachi. The topic of the talk was ‘Pakistan’s projected outlook when it will be 100 years old’.

Gen. (Retd) Moinuddin Hyder explicitly supported the idea of bringing the true power into the hands of people of Pakistan categorically, the youth which makes majority of Pakistan’s population.
Prof. Dr. Ahmed Saeed Minhas appreciated the previous governments, as well as, military leadership from 2015 to 2022 for providing the nation’s first National Security Policy that aims to promote human security and fundamental human rights to prosper Pakistan as a nation, as well as, a state.
Brig. (Retd) Haris Nawaz emphasized on the positive role of democratic forces, free media and national development measures to secure better livelihood and national unity.

Kazim Saeed shed light on the reasons behind the decline of economy of Pakistan. He emphasized on implication of a comprehensive, coherent and a robust economic framework
to improve economic and financial stability.
He said that his idea is that we should of keep economic policies away from political disputes, continuation of economic development projects and consistence in monitory and fiscal policies.
The technology guru of Pakistan Rehan Allahwala accentuated to bring technology revolution in the country. With a youthful, technology savvy generation Pakistan can develop entrepreneurs and job providers rather than degree holders seeking for an employment, he added.

The show was hosted by anchor Rizwan Jaffer from Aaj News Channel. The show will go on air on 13th & 14th of August 2022.
The event was largely participated by faculty, staff and students from DSU, Karachi University and Federal Urdu University. Representatives from Youth Parliament and Sindh Based Think Tank Center for International Strategic Studies Sindh were also present.