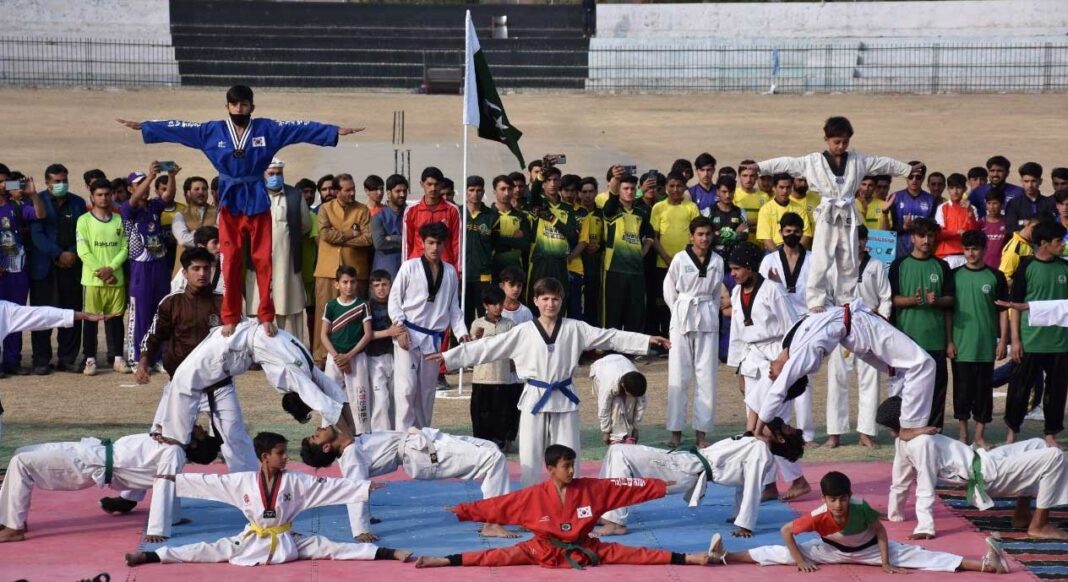 BAJAUR: Pakistan Sports Festival 2022 has officially started in Bajaur District of Khyber Pakhtunkhwa. More than 500 teams from all tehsils of Bajaur district are participating in the sports festival, including cricket, football, volleyball and basketball, says a Press release.
The inaugural function was held in Bajaur which was attended by athletes, officials, district administration & security forces officials and a large number of locals and other guests from various walks of life.
The teams participating in the sports festival marched in the opening ceremony. While different school children presented different tables.
The spectators on the occasion thanked the district administration and Frontier Corps North and said that they were grateful to them for organizing such a healthy festival. The Pakistan Sports Festival will be jointly played in Bajaur, Mohmand and Khyber till March 23.