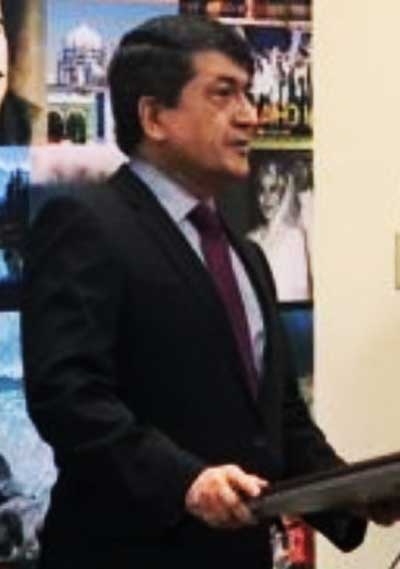 KARACHI: The Consulate General of Pakistan, Toronto (Canada), arranged a networking event for the visiting delegation of Information Technology Companies executives from Pakistan.
The event was attended by more than 50 executives/entrepreneurs from different ITC companies in Toronto, including representatives from the Organization of Pakistani Entrepreneurs (OPEN), and FAST-NU Alumni Association, North America (FAA-NA).
The Pakistani delegation comprising 15 executives from leading ITC companies was visiting Toronto on the invitation of the Consulate General to attend Collision Toronto Conference 2022, one of the biggest Tech events across the globe, especially in North America, a Press release issued by the Consulate said.
Consul General Abdul Hameed in his remarks on the occasion urged the Pakistani ITC entrepreneurs to enhance their focus on Canadian market, as the ITC sector in Canada had been posting stronger annual growth than the total economy.
He said that the ITC sector was well positioned to benefit from the economy-wide recovery. He noted that demand was expected to reflect accelerating adoption of many technology solutions and private and public investments in digital infrastructure.
The ITC executives appreciated the efforts made by the Consulate General for making the visit of the delegation from Pakistan possible and arranging the networking event.
The speakers from Pakistan, inter alia, highlighted the role and efforts made by Pakistan Software Export Board (PSEB) and Pakistan Software Houses Association (P@SHA) towards improving the overall policy environment and ITC infrastructure in Pakistan.
They noted that Pakistani ITC industry had a lot to offer to the Canadian companies, such as a large and skilled young population, ease of communicating in English, and an enabling policy and IT infrastructure.
The leading ITC officials from Canada presented their vision and activities for promotion of Pakistani startups.
They emphasized the need for the companies to monitor the latest trends in the industry and develop a mechanism to adapt to the changing environment quickly.
The Canadian companies also expressed deep interest in collaborating with the Pakistani companies working in health-tech, startups, Fin-Tech, Games & Animations, etc.