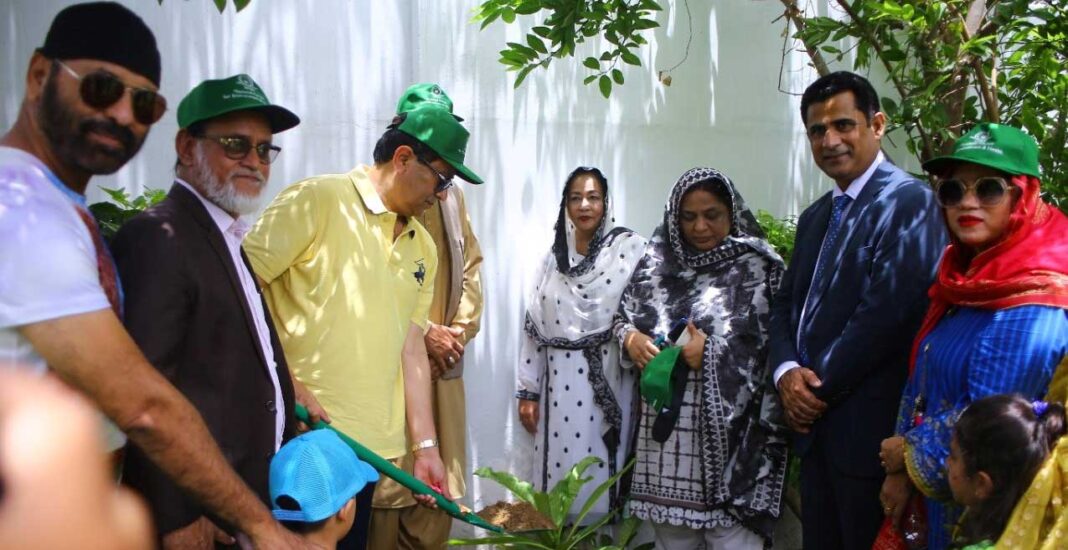 KARACHI: The rapid transformation of the farmland nearby cities particularly that in the vicinity of Karachi into urban housing schemes has emerged as one of the biggest environmental challenges in Pakistan, says a Press release.
The issue of fast shrinking farmlands nearby urban centres of the country was raised by the concerned speakers who spoke at a programme held at the PIA Model School on Sunday to mark the World Environment Day being observed every year on June 5. The programme was jointly organised by the PIA and the National Forum for Environment and Health (NFEH).
The speakers lamented that there had been no check on the fast-shrinking green cover nearby the cities due to widespread tree cutting to build new housing schemes and modern civic infrastructure.
Mirza Ishtiaq Baig, the Founding President of the Make-a-Wish Foundation Pakistan, who was the chief guest at the event, said the rapid use of farmlands for building housing facilities had not just created an environmental challenge but also threatened the food security of the country.
Baig, who is also the Honorary Consul General of Morocco in Karachi, said that Pakistan earlier had sufficient indigenous production of vital crops but lately due to a decline in farming the country had to import wheat, cotton, and sugar.
He said that no action had been taken against those who were involved in tree cutting and using the forestland for building concrete structures at the cost of the environment.
He praised that the NFEH and PIA had teamed up to make aware school students of the importance of tree plantation for reversing the phenomenon of environmental degradation.
Baig said the children after getting such useful information could play an important role in saving the environment by planting and protecting the trees.
PIA General Manager, Welfare and CSR, Shoaib Dahiri, said the national flag carrier was fully committed to the cause of environmental protection and had joined hands with leading non-governmental organisations to plant trees at its offices and establishments across the country.
He said the Sindh government should take action against people cutting trees to threaten the existence of riverine and mangrove forests in the province.
Muhammad Shoaib, former Company Secretary of PIA, said that different stakeholders belonging to the government and non-governmental sector should join hands to take emergency measures to save the environment in Pakistan from an utter crash.
Musaddiq Aziz, Resource Mobilization Head of the non-profit Green Crescent Trust, praised the PIA for its consistent efforts to save the environment despite the pressing financial problems of the national flag carriers.
NFEH Vice-President, Nadeem Ashraf, said that unchecked extraction of subsoil water for human consumption in urban areas had caused a serious environmental imbalance.
Ruqiya Naeem, NFEH Secretary-General, said that Pakistan should carry out developmental activities without causing harm to the environment.
NFEH President, Naeem Qureshi, lamented that hundreds of fully grown trees had been recently cut down to make the way for building the corridor of the Red Line section of the BRTS service in Karachi.
He demanded that the proponents of such projects aimed at building urban civic infrastructure in Karachi should be bound to plant 10 new saplings to compensate for the loss of every single tree due to the new construction.
He said that a criminal case should be lodged against people involved in tree cutting in the urban areas for their personal gains.
Students of the PIA Model school made speeches and presented tableaus to highlight the issue of environmental degradation due to rapid tree cutting in the cities. Tree plantation was also held on the occasion