ISLAMABAD: Pakistan Muslim League-Nawaz (PML-N) Senior Vice President, Shahid Khaqan Abbasi has claimed that Pakistan Tehreek-e-Insaf (PTI) wants the resignation of Election Commission of Pakistan (ECP) members to avoid decision in the foreign funding case.
Talking to media persons on Tuesday, the former prime minister said that the federal cabinet attacked the ECP on Monday, saying such a development has never taken place before.
“The government, rather than accepting its defeat in the recent Senate elections, chose to ask the ECP to step down,” Abbasi. He further said that the government knows that the decision will be against it. “It would be proven that PTI took funding from prohibited resources and the funds were transferred to [Prime Minister] Imran Khan’s personal accounts,” he alleged.
The PML-N leader termed the discovery of spy cams during the Senate chairman’s election as a replay of the 2018 general elections. “If there were any moral standards in the country, the Senate chairman would say that he would step down as he doesn’t have the majority.”
To a question regarding the resignations of PML-N lawmakers, Abbasi said that the final decision will be taken by the Pakistan Democratic Movement’s (PDM) leadership. “The PML-N has not given assurances to anyone in this regard,” he added.
Regarding the manhandling of Shahbaz Gill on Monday, he said, “I don’t think that ink should have been thrown at him, but such actions are always feared for those who badmouth others.” – TLTP 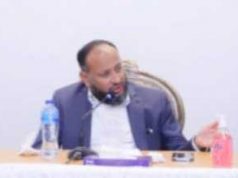 No more power shut down during Ramazan: K-E 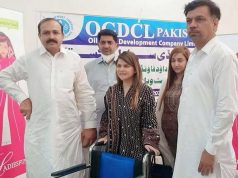