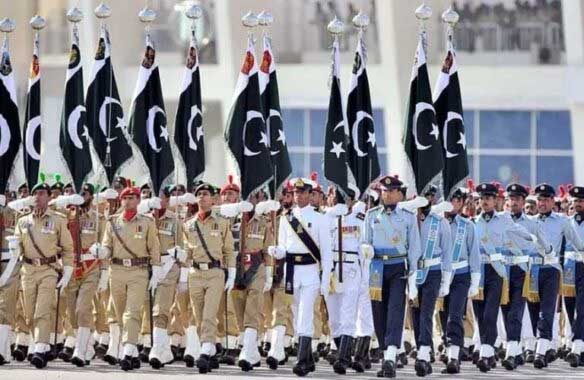 Ever since creation of Pakistan, Armed Forces have played crucial
role in ensuring its integrity and promoting nation-building; Their
assistance is appreciated in boosting IT sector of the country also

Ali Sayani, the CEO of 360 BPO Solutions, has said that Pakistan’s armed forces will never be forgotten for what they have done and what they have given up. The CEO of one of Pakistan’s best IT companies thanked the brave and skilled military of the world as much as he could when he spoke to the TFD.
Sayani says, “A country’s army’s main job is to keep outside threats away from its borders and land. When there is civil unrest, the army also plays a big role by helping the government keep law and order. The Army is always there to help the people when natural disasters or other bad things happen. People think that the Pakistan Army is one of the best in the world, so let’s talk about it.
The Pakistani military is the “ninth most powerful” in the world, according to Global Firepower.
He said, “No one can say that the Pakistan Army is not well-trained and skilled. We are proud that the Pakistan Army has stayed the best-run, most-disciplined, and most-responsive organisation in the country. Since it was made, the Pakistan Army has won the Kargil War, the battle at Siachen, the 1965 War, and the war against terrorism, all while protecting the country. Our country will never forget how much our soldiers and officers gave up on the battlefield because they loved their country. Pakistan Army has always done great things with less money and fewer tools. Everyone in the world has noticed how professional and skilled our Army is.
Sayani says, “The Pakistan Army has done a lot of good in remote parts of the country like Gilgit-Baltistan, FATA, Chitral, and Balochistan by building roads, schools, water systems, and medical facilities like CMHs and medical camps.”
During the current massive flooding, it is very important that the Pakistan Army works to save lives and help people. Right away, the Pakistan Army helped with disaster relief and getting basic services back up and running. People will always think of it as one of the best times they were saved or helped. In the same way, when natural disasters happened, the Pak Army always lived up to expectations.” The Pakistan Army’s actions during the Covid-19 pandemic will never be forgotten. Soldiers on the roads and streets did make sure that people followed standard operating procedures, like keeping a safe distance from each other and hiding their faces. The Pakistan Army has done a lot to make sure that people can get medical care. Army doctors set up camps for civilians and treat them for free in many places all year long. More than forty “state-of-the-art” Army hospitals are now open in different parts of the country. Both military and civilian people can get the best care possible at these hospitals. Since Pakistan became independent, the Army has been a very important part of everyday life. There is no doubt that people in Pakistan and all over the world like and respect the Pakistani Army.
Ali Sayani says that they are the ones who keep terrorists away, watch over our polling places during elections, and get criminals out of our society. People in Pakistan think our military is great, love it, and have a lot of respect for it. May Allah protect them, give them strength, and help them win every time. Ameen.