KARACHI: The SECP has identified false trading by Sindh Bank Limited (SBL) and warned the bank against such activities in future, says TLTP.
The SECP said this with reference to correspondence exchanged between SECP and the bank regarding various trades carried out by SBL in the ready market during the period from January 2020 till January 2021 in the shares of several companies, said a statement.
“Upon detailed review of trading data, it was observed that a large quantum of trades carried out by SBL during the aforesaid period in the ready market was matched with the proprietary accounts of brokerage houses through which it was trading.
“In the said transactions, SBL first sold and then on the next day bought those shares back of approximately the same quantity and at either the same rate or slightly higher rate, wherein, the counter-party on buy and sell trades was a proprietary account of the same brokerage house.”
The SECP said that the aforementioned pattern of trading as explained above may lead to false trading which is not in the interest of investors trading in the securities market. Therefore, representatives of SBL were called for a meeting to explain the rationale for carrying out such trades in the ready market, wherein, they explained that such transactions were called out only for the purpose of realization of gain/loss in the securities held by the SBL.
The pattern of trading adopted by the SBL may be detrimental for a fair and transparent trading in ready market where trading volumes in listed companies are generated based upon genuine demand and supply mechanism.
The SECP prohibited the bank from engaging in the said pattern of trading in the ready market or any other such arrangements which may affect the integrity of stock market. The SECP also warned all securities brokers of facilitating such transactions in the ready market.
Meanwhile a Press release issued in Islamabad adds: In an endeavour to promote Islamic finance products in the capital market, the Securities and Exchange Commission of Pakistan (SECP) has introduced amendments in Murabaha Share Financing Regulations.
Murabaha Share Finance (MSF) is a Shariah compliant leveraged product, a viable alternate avenue for the capital market investors who prefer Islamic mode of financing. The product was initially launched in September 2019 with the guidance of renowned practicing Shariah scholars. However, through recent amendments, a system-based initiation and affirmation process has been introduced for Murabaha Sale Transaction. This will facilitate Islamic Financial Institutions (IFIs) and market participants to execute sale transactions with more ease and comfort.
Further, options for collateral management have been added to facilitate MSF Seller and market participants in executing Murabaha Share Financing and release of shares against payment of cash or other collateral.
SECP has conducted a number of awareness sessions with Banks, Brokers and investors to adopt Shariah compliant leverage facilities in the capital market. It is hoped that the facilitation will result in increased activity in MSF Product and liquidity in the capital market.

Customs field formations to remain open on 8th, 10th and 11th May: FBR 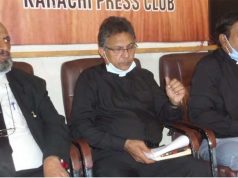 SBP urged not to privatize SME Bank and accelerate setting up...