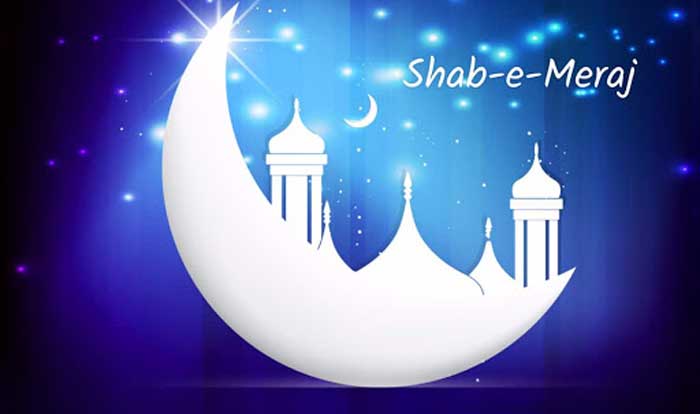 ISLAMABAD: Shab-e-Miraj-un-Nabi (SAAW) would be observed across the country on Thursday night (March 11) with religious fervor, great respect and devotion.
The word Meraj of Prophet Muhammad (SAAW) is derived from Arabic word Urooj, which means height, or ascension. It is celebrated on Rajab 27th in the Islamic Calendar.
During Meraj, the command for five daily prayers (Salat) was also given to the Holy Prophet (SAAW).
In most of the mosques, large gatherings would be avoided this year also aiming to contain the spread of deadly coronavirus pandemic.
Muslims every year on (Rajab-ul-Marajab 26), the night of 27th of Rajab (Islamic calendar) observe Shab-e-Miraj in which the Holy Prophet (SAAW) went on a special journey to meet Allah Almighty, crossing seven skies on the heavenly animal named al-Buraq.
Shab-e-Meraj, (night of forgiveness) is a glorious night, marking the Isra and Meraj of Prophet Muhammad (SAW) Sallallahu Alaihi Wasallam, when he was taken from Makkah to Al-Haram-Al-Sharif (also known as the Temple Mount) and was then taken to heaven.
Muslims observe this event by praying, congregating, reciting Quran, and supplicating. They fast during the day from dawn to dusk.
The women devotees offer prayers in special gatherings inside their homes during entire night, whereas males used to offer prayers in specially mosques for seeking the blessings of Allah Mighty, the most Merciful, the most Beneficent.
Mosques are also especially decorated to commemorate Shah-e-Meraj.
During special gatherings, various Islamic scholars highlight the importance of the day and its blessings. Different Islamic and socio-cultural organizations also arranged special prayers and Mahafil in mosques and other places to seek blessings of the Almighty by strictly observing Covid SoPs (Standard Operating Procedures).
The “Night Journey” started off with leader of all Angels Jibrael (A.S.) appeared before the Prophet (SAAW). Subsequently, he took Holy Prophet Mohammad (SAAW) from the Masjid Al-Haram (Ka aba) to the Masjid Al-Aqsa in Jerusalem. This part of Holy Prophet s (SAAW) journey is mentioned in Quran. On the way the Holy Prophet, Peace Be Upon Him, met Hazrat Adam (A.S.), Hazrat Abraham (A.S.), Hazrat Musa (A.S.), Hazrat Esa (A.S.) and some other Prophets.
“Exalted is He who took His Servant by night from al-Masjid al-Haram to al-Masjid al-Aqsa, whose surroundings. We have blessed, to show him of Our signs. Indeed, He is the Hearing, the Seeing.” (Surah Al-Isra 17:1) The purpose of the Ascent was to confirm the high status of the Prophet (SAAW), a position which all Muslims believe, is impossible to attain by any other human being. Ulema told that it is related that even Gabriel, the Angel who was accompanying the Holy Prophet (SAAW) remarked at one stage, I am forced to stop here. I cannot go any further, but you O Messenger of peace and friend of the Master of the worlds, continue your glorious ascent. The Holy Prophet (SAAW) continued his journey until he reached very close to the Throne of God Almighty and attained the utmost nearness to Him. – NNI