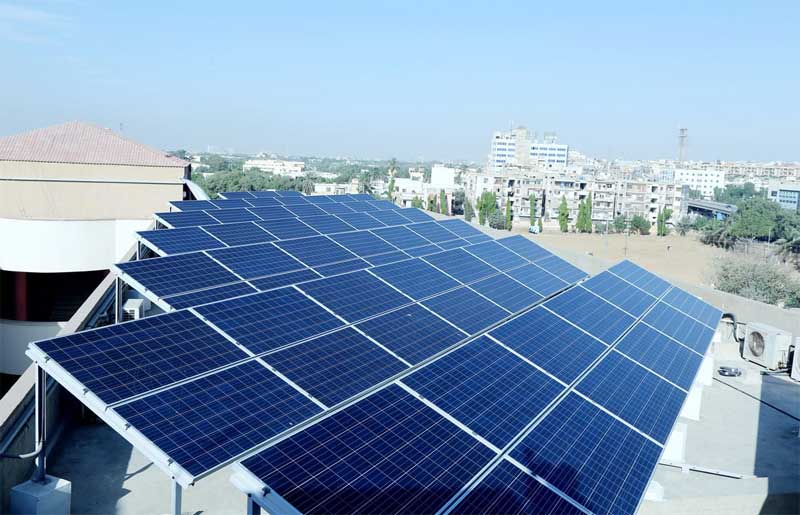 KARACHI: The Sindh government has made an agreement to illuminate 200,000 houses of the province with solar power to overcome energy crisis with clean and environment-friendly energy projects.
Provincial Minister of Energy Imtiaz Ahmed Sheikh said that initially 10 districts of Sindh including Sujawal, Badin, Mithi, Tharparkar, Sanghar, Khairpur, Ghotki, Kashmore, Jacobabad and Qambar Shahdad Kot districts will be illuminated with solar power. He said that this eco-friendly energy project is being carried out in collaboration with the World Bank.
He said the Sindh government in November last asked for the World Bank’s assistance in developing two solar parks in the province to generate up to 890 megawatts of clean electricity for the benefit of the people. One of the proposed solar parks having the capacity to generate 560 megawatts will be established in the Manjhand area of District Jamshoro while the other having the capacity to generate 330 megawatts will be established in District Thatta’s Gharo.
According to the energy minister, the solar parks will help utilise renewable resources of energy for the clean production of electricity to overcome the persisting power shortfall across the country. He said that Sindh possesses phenomenal potential to generate the maximum amount of clean electricity through environment-friendly means, as the country’s biggest wind corridor is also in the province. – TLTP