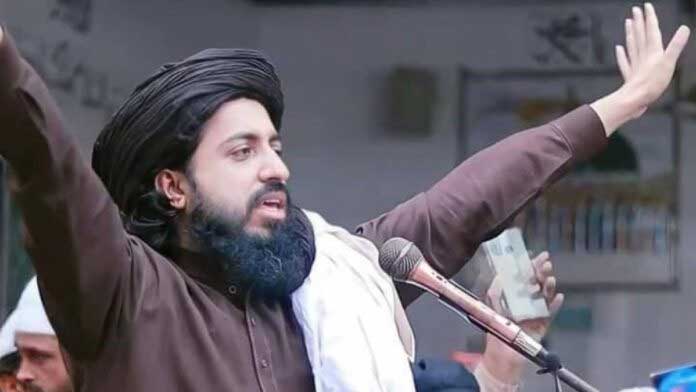 LAHORE: Tehreek-e-Labbaik Pakistan (TLP) leader Saad Rizvi was released from a prison in Lahore on Thursday, confirmed his party spokesman, under an agreement between the government and the conservative religious faction which was reached in October to end weeks of violent protests in the country.
TLP activists clashed with police in and around Lahore in recent weeks after their leaders decided to march on Islamabad, seeking the release of the party’s incarcerated leader along with the expulsion of the French ambassador to Pakistan over the publication of anti-Islam caricatures in his country last year.
Law Enforcement Agencies took the TLP chief into custody in April three days after his party was proscribed under the anti-terrorism laws for killing six police personnel and injuring dozens more during its violent demonstrations.
However, the government decided to normalize the legal status of the party and remove the names of several TLP leaders, including Rizvi, from a terrorism watchlist after its recent protests last month.
“All cases against Saad Rizvi which were registered under the anti-terrorism act have been withdrawn by the government and he is now a free man,” said Mufti Umair Al Zehri, senior member of the TLP executive committee, while talking to Arab News. “Rizvi has reached the party headquarters and will deliver the Friday sermon tomorrow.”
The release of the TLP chief has come only a day before the death anniversary of his father, Khadim Hussain Rizvi, on November 19.
Flanked by thousands of TLP workers who had gathered outside the prison in Lahore to welcome their leader, he reached his party headquarter where he is expected to address a three-day religious gathering on Nov 21.
Earlier, one of the members of the TLP executive committee, Mufti Muhammed Umair Al Hariri, directed his party activists from across the country to gather in Lahore to commemorate the death anniversary of the founding father of the group, Khadim Rizvi.
TLP leaders have already been making preparations for a massive power show in Punjab’s provincial capital, Lahore, from November 19-21.
Speaking exclusively to Arab News, minister of state for parliamentary affairs Ali Muhammad Khan said the government had dealt the TLP issue to ensure the security of ordinary citizens across the country.
“We have handled the issue in a very calculated manner,” he said. “Saad Rizvi’s group is a political faction which participated in the elections and secured more than 2.5 million votes. The government has asked the TLP leadership to get its members elected in the national parliament and join the political sphere of the country.”
The details of last month’s agreement between the government and the TLP have not been officially announced, though officials had promised its contents would be revealed at a later stage. – TLTP