We have all grown up looking at “made in China” labels on every other item that we may have owned. Many of you right now wouldn’t even need to stretch our arm long enough to grab an item around us which would have the same label while there is also a possibility that a large number of you may be reading this article from a Chinese made phone. So, the question is, have the Chinese revolutionized the world? You can almost say that China is the production factory for the entire world and it isn’t even questionable that China has pretty much a solution to everything. According to Forbes, China is ranked as the 4th smartest country in the world which may not come as a surprise to us, considering their innovation, inventions and erudition. [1]
China and Pakistan being neighbours are considered as brother countries and have a bilateral relationship. The long standing ties between the two countries have been mutually beneficial. Diplomatic relations between both, China and Pakistan were established in 1951 and thereafter, the two countries have had each other’s back one way or the other.
When one thinks of Pak-China, the first thing that comes to the mind is China-Pakistan Economic Corridor (CPEC). CPEC is a stupendous bilateral project which aims to improve infrastructure within Pakistan in order to enhance the trade between the two countries and to further amalgamate them. The aims of CPEC quoted”To improve the lives of people of Pakistan and China by building an economic corridor promoting bilateral connectivity, construction, explore potential bilateral investment, economic and trade, logistics and people to people contact for regional connectivity.” [2].
The project was launched in April 2015 when 51 agreements along with Memorandums of Understanding valued at $46 billion were signed between Prime Minister Nawaz Sharif and Chinese President Xi Jinping. The aims of the project is to revolutionize the infrastructure of Pakistan including the roads, rail, air and energy transportation systems. Alongside, the project wishes to interlink the port cities, Karachi and Gwadar to China’s Xinjiang. Now the question is, what is the motive behind this? Remember the long history class where we studied about the Silk Road? Well, it’s the same road which hasn’t been used for nearly 600 years for international trade but the good news is, The Xinjiang borders the countries of Russia, Mongolia, Afghanistan, Kazakhstan, Tajikistan, Pakistan and India, and the ancient Silk Road ran through its territory. The entire project would be a one stop solution for all the trade. It would not only just save the cost of transporting goods, but also be less time consuming which means cheaper goods available instantly.
Now, although CPEC has been held a game changer for the economy of Pakistan, the project itself is very time consuming and the pace had seemed to have slowed down over early years of the project. Nevertheless, China is the only country that seems to see and have faith in the potential that Pakistan carries. Projects like Surab-Hoshab-N-85, Gwadar- Turbat-Hoshab (M-8),Gwadar Smart Port City Master plan [3] are examples of CPEC projects that are already completed and inaugurated. In the first phase, 90% of the 22 major projects have been completed and are in operations process. While the rest of them are expected to be completed in a span of a few months.
It is anticipated that CPEC will contribute in decrease the unemployment rate in Pakistan by creating approximately 2.3 Million jobs throughout the project. The CPEC project has contributed and is expected to add 22-25% points to the country’s GDP leading to a stronger economy. China’s brotherhood towards Pakistan is evident as the CPEC project aims to help Pakistan’s economy by creating new opportunities for the locals. This is evident in the official message by the president of China, Xi Jinping “In the next five years, China will provide 2,000 training opportunities for Pakistan and train 1,000 Chinese language teachers for Pakistan.” [4] Simultaneously, at the historic Future Investment Initiative Conference (FIIC) held in Saudi Arabia (2018), Prime minister Imran Khan highlighted how CPEC is a golden charm for the country. “CPEC is great opportunity for Pakistan. CPEC connect us to China which is one of the biggest markets. Because of CPEC we are developing Special Economic Zones (SEZs) which invite investment across the globe. China is a huge market and CPEC route will connect China and Pakistan located at strategic position of world.”[5]
A couple of months back in July, Prime Minister Imran Khan performed the ground breaking of the second phase of GFZ- Gwadar Free Zone and simultaneously launched a few infrastructure projects which included the agriculture industrial park, an expo centre and three factories. CPEC is at a expeditious pace and the government from both countries are working together in order to achieve set targets. Recently, Khalid Mansoor was appointed by Prime Minister Imran Khan as his special assistant on CPEC affairs. Mr Mansoor is said to have an extensive experience in working with Chinese firms and has more than four decades of experience in energy and pharmaceuticals henceforth, there are high expectations of the CPEC project outcome in the upcoming years.
CPEC is a promising and one of the greatest achievements of China. Not only has the CPEC project contributed in improving the macro economic conditions of Pakistan but also alleviated Pakistan’s energy shortage. The CPEC energy projects added 3,340MW of electricity to Pakistan by early April 2019. The list of achievements goes on when talking about the infrastructure. From The Karakoram Highway Phase 2 (Havelian-Thakot section) to the Lahore Orange Line rail transit project the CPEC project has changed the infrastructure game of Pakistan. The Gwadar Port itself has been revolutionized, all credits to CPEC. Despite of many challenges to the CPEC construction, the project triumphs over the drawbacks through its achievements and its contribution to the overall success of both the countries. 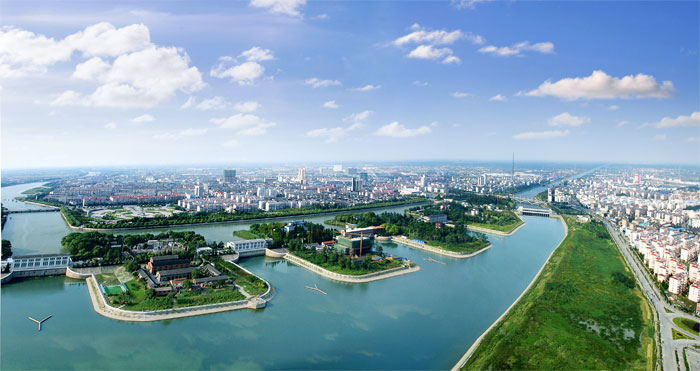